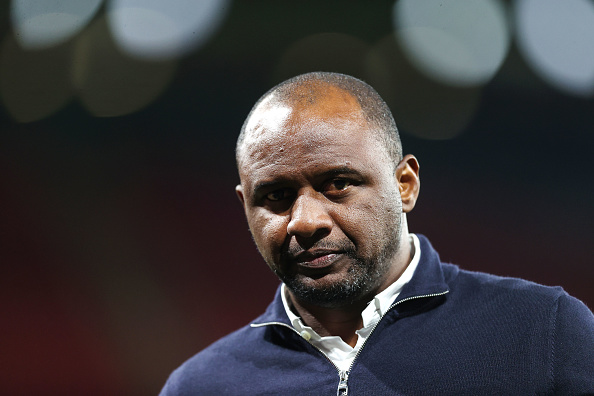 Leeds United wingers Jack Harrison played under Patrick Vieira in Major League Soccer – and the pair face off against each other tonight.

Leeds host Palace in the Premier League this evening and are in desperate need of three points.

Leeds have won just twice in 13 Premier League outings this season and really need to find form from somewhere.

Winger Harrison could feature in the Leeds side today, and that means going up against Patrick Vieira.

Harrison played under Vieira with MLS side New York City before signing for Manchester City.

Harrison may never have played for City, but he has become a Premier League regular with Leeds.

Vieira played an integral role in Harrison’s career reaching this point, and he has now commented on the wide man.

Vieira has told Football.London that he is ‘really pleased’ with how Harrison has developed, praising him as a ‘really talented’ player.

Vieira even compared Harrison to Palace star Conor Gallagher in terms of their energy, love of the game and work rate.

“I’m really pleased with how well he has been doing since leaving the MLS,” said Vieira. “He’s a really talented young player who just needed to find the right place to play and to challenge himself because his work ethic is one of the best in the game. He is always wanting to improve his commitment to the game. It’s fantastic and working with him in New York was really enjoyable.”

“In personality and their character and the way they are on the field, I would say Conor,” added Vieira. They’ve [both] got this kind of energy. They love working for the team, they love the game, they love football. They’re always working hard for the team and these are the kinds of players with a big heart,” he added.

That’s particularly interesting given that Leeds wanted to sign Gallagher but missed out to Palace as Gallagher rejected the move.

Marcelo Bielsa clearly has a type, and will be hoping that Harrison gets the better of Gallagher tonight.