Match Preview: Leeds United vs Crystal Palace
Through It All Together 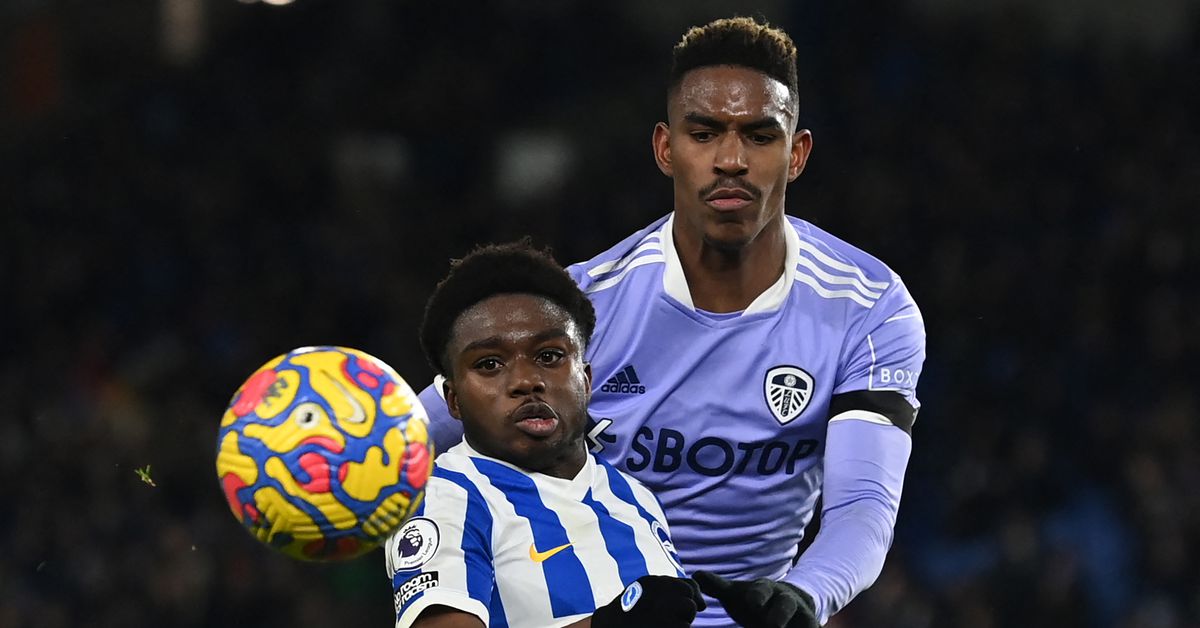 Today’s clash with Crystal Palace later this evening marks a big opportunity for the Whites to redeem themselves in front of another sold-out Elland Road crowd. But more importantly, the fixture provides a chance to gain some much-needed points on the eve of a festive fixture run featuring four of the Premier League’s top five, in what will inevitably be a crucially decisive fortnight for Bielsa’s squad.

Following the uninspired performance in the goalless draw versus Brighton over the weekend, Leeds find themselves locked in seventeenth position and just three points from the table’s relegation zone. Despite the welcomed return of both Rodrigo and Raphinha, Leeds finished the game with little to show for it.

Graham Potter’s Brighton side, who themselves are struggling for form without a win in seven going into the clash dominated the game from the beginning, hitting the woodwork twice yet were left to rue their flurry of chances. For Leeds, the game was one to forget with returning full-back Junior Firpo, who was signed from Barcelona for £12.8m over the summer window, unsuccessful in keeping converted winger Tariq Lamptey from terrorising the Leeds defence throughout the first half, before he and the so often dependable Kalvin Phillips were substituted at half-time. Regardless of the positive influence of Tyler Roberts in the last thirty, it was a disappointing result and perhaps a sign of where Leeds now find themselves heading into a hugely important week.

With back-to-back home games against Crystal Palace and Brentford next (who are both situated just four points ahead of the Whites), the need for improved results is paramount before the uninvited Christmas fixture wish-list of Chelsea, Manchester City, Arsenal and Liverpool is upon us. But Leeds have the audacity to compete. After taking points from all four of the Premier League heavyweights last season, the opportunity to do so again will hold even greater admiration this time round.

But first, Leeds need to prove they can compete against the league’s bottom-half sides in hope of steering away from the relegation zone and building some momentum, starting with Crystal Palace tonight. In the context of the last few years, the South London club can be perceived to be overachievers so far this season, as the seventh top-scoring side and now advocates of the attacking, fast-paced playing style with Patrick Vieira at the helm. The Frenchman is set to face Bielsa for the first time in his managerial career and will be keen for his side to produce a better performance in response to the loss against Aston Villa, which ended his seven-game unbeaten run.

During the build-up to tonight’s visit to Elland Road, Vieira believes Leeds have been unfortunate so far this season and he may be right, but the Whites are growing short of confidence and running low on time. Still without the experienced duo of Patrick Bamford and Luke Ayling (after both playing for the under-23s on Monday night), Leeds will go into the game with a squad finally becoming collectively injury-free and ready to compete in what is always an incredibly demanding December schedule. But with eight games in just thirty-four days, the festive fixture cluster provides the Whites with the perfect opportunity for some needed restoration.

A win for the home side would see Leeds finally climb the Premier League table at least two places, six points from the drop zone as a result and just a point away from eleventh positioned Crystal Palace. In retrospect, last year’s 2-0 win at home following goals from Jack Harrison and Patrick Bamford provided an encouraging conciliation to the 4-1 away loss suffered at Selhurst Park earlier on in the season, yet only emphasises the likely balanced nature of two sides that pride themselves on high-press, aggressive football, with plenty of footballing potential still to unlocked.

With just hours to go before kick-off, Leeds know all too well they need to start earning points. The relentless nature of the Premier League is unforgiving and forever impatient of those sides yet struggling to compete, but form comes in waves. Just three weeks ago, Aston Villa were just two points outside the relegation zone, suffering from five consecutive losses and had sacked Dean Smith. Following a new managerial appointment, they now sit thirteenth and comfortably seven points from the drop. The point is, three weeks can change everything and transform a team from relegation candidates to convincing mid-table status. Leeds have time, but with a busy month brewing, naturally, they will continue fighting over a period that has the potential to lift them up the table with speed. During a festive season that radiates so much spirit, Leeds’ notorious marching on together mantra may never be so fitting.