"He does catch the eye" - Leeds have been 'in stands' for player, Bielsa reactivates interest
Sport Witness 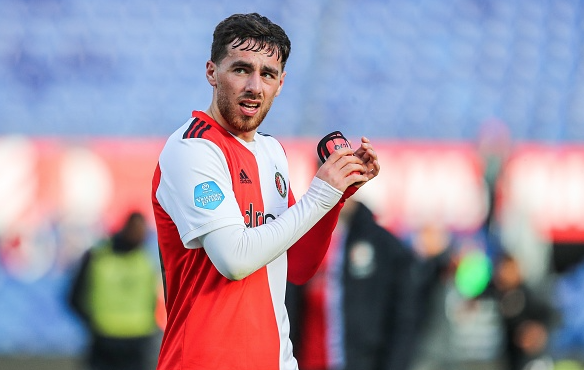 Leeds United have had a scout watching Feyenoord midfielder Orkun Kökcü ‘in recent weeks’ as they eye another attempt to get the Turkish star.

That’s according to Voetbal International editor-in-chief Freek Jansen, who has revealed the 20-year-old is back on Marcelo Bielsa’s radar.

Kökcü has long been linked with a move to the Premier League, having established himself as a rising star at Feyenoord since breaking through there in 2018.

The likes of Chelsea and Manchester United have both been credited with an interest in the past, while Leeds are also known admirers.

Back in March, it was made clear that Kökcü was considering a move, which was seen as a boost for Leeds’ chances, while later that month, it was stated they had ‘set their sights’ on him for the summer.

A move never happened, but it seems their interest has not gone away, with it reported yesterday that they are watching him ‘closely’.

Now, Jansen has provided more on their interest, claiming that both Leeds and Sevilla have been watching from the stands in recent weeks.

“He has undergone a sort of transformation. He has been held up to the mirror: you can’t progress in this way,” Voetbal Primeur report him saying.

“Slot has said that he has to work a lot harder. In the data, they see that he does much more and is much more present. He also has a place in the starting line-up for the Turkish team.

“In recent weeks, AS Roma, Sevilla and Leeds United have been in the stands for him. He does catch the eye.”