‘So cold’: City fans are stunned by U-23 talent vs. Leeds last night
HITC 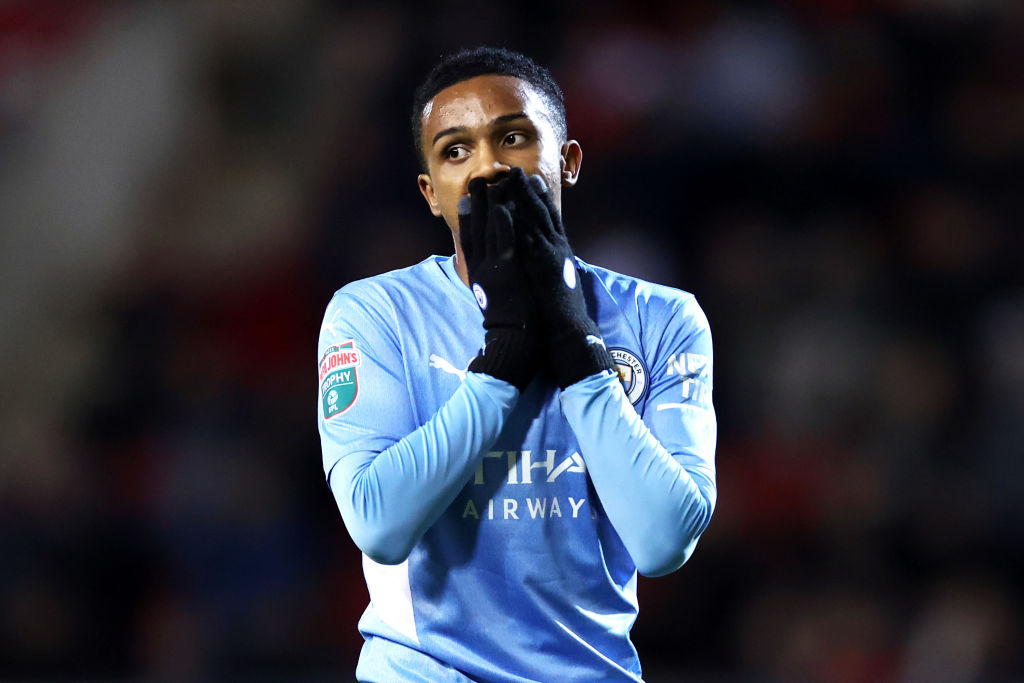 Manchester City went big on signing Brazilian youngster Kayky earlier in the year, and the teenager is finally off the mark at youth level after scoring a great goal for the U-23s last night.

The reigning Premier League 2 champions hosted Leeds United at the City Academy in what was to be a thrilling encounter against the Yorkshire side, with the Manchester side claiming a 3-2 win in the 90th minute and with only ten men.

Cole Palmer and James McAtee both starred once again for the U-23s, with the duo now part of Pep Guardiola’s first-team plans. Yet it was Kayky’s goal 47-minute in that really got supporters talking.

The Brazilian was brilliantly played in from the wing before Kayky’s delicate chip past the Leeds keeper levelled the game up at 1-1, not bad for your first goal for City’s U-23 side.

Indeed, the versatile winger, who can play on both wings and through the middle of the attack, is one of the most exciting youngsters on City’s books. And it’s no wonder why the Manchester giants spent big to bring him over from South America.

There’s a strong chance Kayky could feature for Guardiola’s side this season. And on social media, City supporters were blown away by the youngster’s first goal for the club at U-23 level.

With the goal proving to be crucial for City in their win against Leeds, it was the perfect time to score for Kayky. And with the teenager featuring more often for the U-23 side, the youngster is seemingly adapting well to English football.

Moreover, with the attacker arriving from Brazil with a big reputation, fans on social media are keen to see more of Kayky, especially now after such a fine goal.

In other news, Player Spurs are 'expected' to bid for finishes above Harry Kane at Ballon D'Or, 21st best in the world