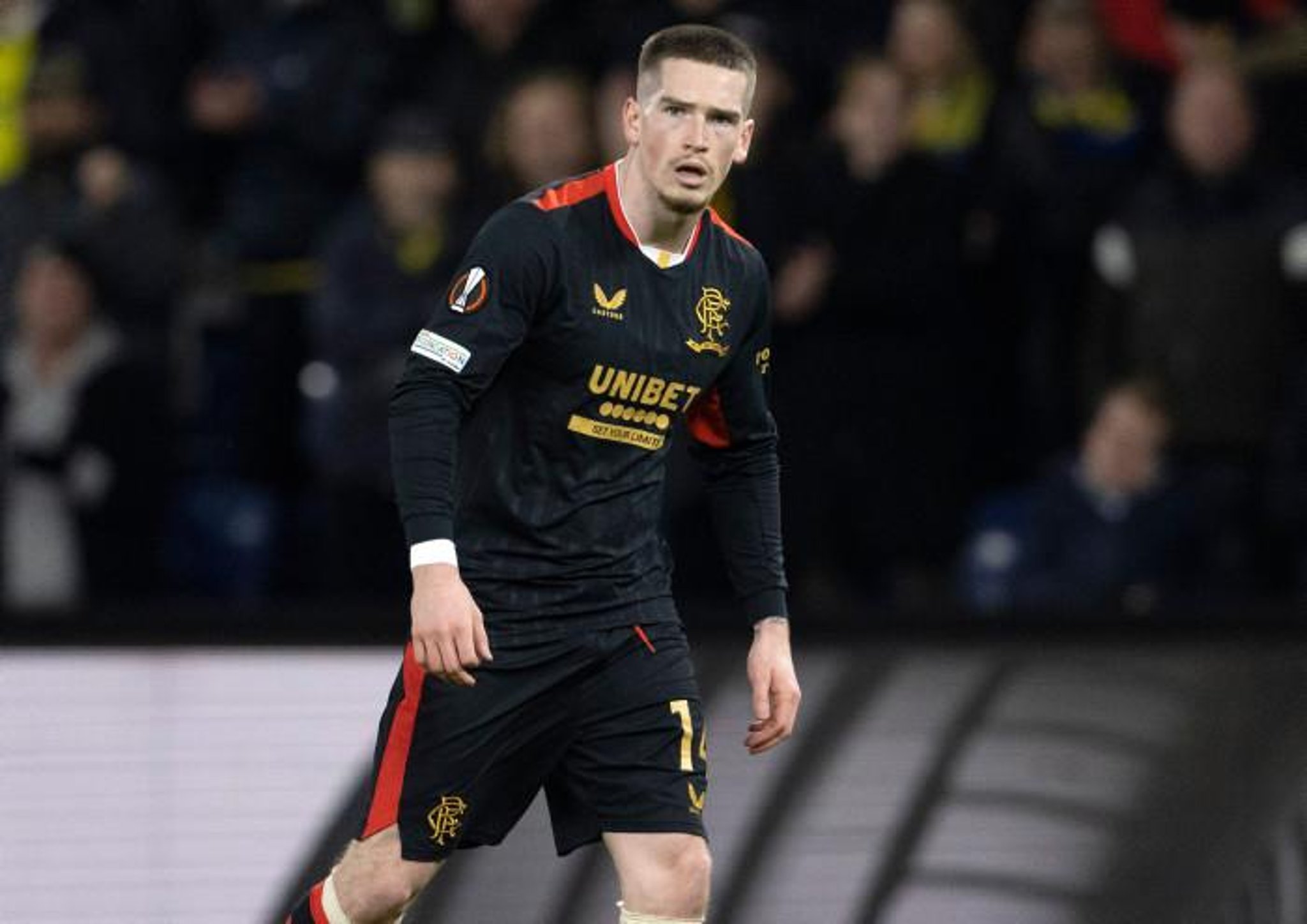 That’s not only a concern for Scotland defender and Elland Road captain Liam Cooper – it could have a knock-on effect for Rangers too.

Marcelo Bielsa’s side are known admirers of Ryan Kent and have in the past tested the Ibrox board’s resolve with interest and a bid for the Liverpool-trained winger last August. It was rejected.

However the Scottish champions have openly spoken of setting their player-trading model in motion and sooner rather than later, players will exit Ibrox.

Ryan Kent lifts the Premiership trophy at Ibrox in May. (Photo by Craig Williamson / SNS Group)

Could January be a suitable juncture for all parties – if ever there was such a time for Rangers to lose one of their key attacking threats?

For Leeds it could bring a lengthy pursuit to a conclusion. They rivalled Rangers for Kent’s signature before his £7million deadline-day return north and Bielsa’s interest has rarely drifted in two years, if rumours are believed.

A bid was rejected and Leeds warned ‘hands off’ by Steven Gerrard 18 months ago before Kent became a Scottish champion, contributing 13 goals and assisting 15.

With six draws to their name, Leeds require a spark to turn one point into three, a game-changer – and Kent has proven to be one frequently in Scotland.

For the playerhimself, the chance to return to England and play in the Premier League may be attractive – as evidenced by his ex-Liverpool coach and Rangers manager’s move to Aston Villa earlier this month.

Without Gerrard, who was so influential in taking the 25-year-old to Ibrox in the first place, there is one less tie binding him to the club.

For Rangers, who valued Kent £15m a year-and-a-half ago, there is 18-months remaining on his current contract, and an influx of cash for a player who has not quite hit previous heights this season –while making a significant mark-up on the £7m investment of two years ago– could prove an attractive proposition to kick-start those player-trading plans.

However, although new boss Giovanni van Bronckhorst is in, looking to implement his own ideas on the squad, the Dutchman has shown an early propensity for using width in his attacks.