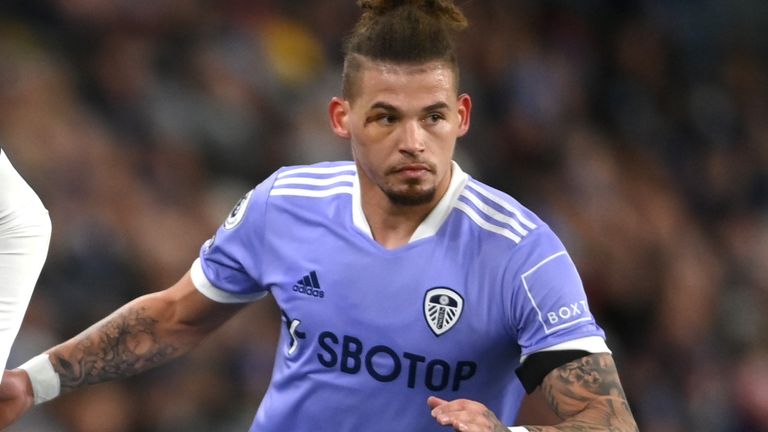 Team news, stats and prediction ahead of Leeds vs Crystal Palace in the Premier League on Tuesday; kick-off 8.15pm.

Kalvin Phillips is hoping to retain his place in Leeds' starting line-up for the home game against Crystal Palace.

Phillips was substituted at half-time during Saturday's goalless draw at Brighton, but boss Marcelo Bielsa has confirmed it was for tactical reasons and the England midfielder is available.

Bielsa has no new injury worries. Patrick Bamford (ankle) and Luke Ayling (knee) are edging closer to a first-team return and are set to appear for the U23s on Monday. Robin Koch (knee) is still out.

Crystal Palace will be without vice-captain James McArthur and Joachim Andersen for the trip to Elland Road.

McArthur is sidelined with a hamstring injury and Andersen had a scan on Monday to determine the extent of a leg issue which had previously been described as a "minor injury".

Ebere Eze could feature in the starting XI after making his first Premier League appearance since May 16 for the last 30 minutes of Saturday's defeat to Aston Villa.

A preview of matchweek 14 in the Premier League as Newcastle host fellow strugglers Norwich, Everton face rivals Liverpool in the Merseyside Derby and Arsenal travel to Manchester United

Follow Leeds vs Crystal Palace in our dedicated live match blog. Highlights will also be published on the Sky Sports digital platforms and the Sky Sports Football YouTube channel after full-time.

FREE TO WATCH: Highlights from Aston Villa's win against Crystal Palace in the Premier League