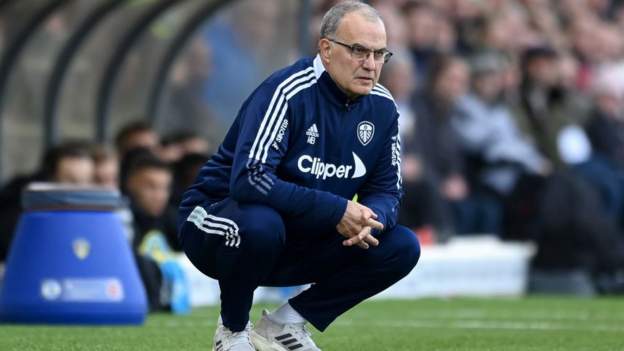 Leeds boss Marcelo Bielsa says he has "doubts" for football's future because a hectic fixture calendar is making the sport "worse".

Bielsa's side sit 17th in the Premier League, with only two wins this season.

The Argentine acknowledges his side's running statistics are lower that last season but he says the physical levels are down throughout the league.

"The calendar is so overcharged it doesn't bear in mind the development of the preparation," he said.

"That's why I have serious doubts over the future of professional football because it is constantly commercialised and the product every time is constantly worse."

Leeds are scheduled to play seven Premier League fixtures in 29 days, a run that begins with Tuesday's home game against Crystal Palace.

Bielsa's side have another home fixture against Brentford on Sunday and then face Chelsea, Manchester City, Arsenal and Liverpool by 26 December.

Leeds striker Patrick Bamford and defender Luke Ayling are both hoping that appearing for the club's the under-23 side at home to Manchester City on Monday will take them closer to a return to first-team action after injuries.