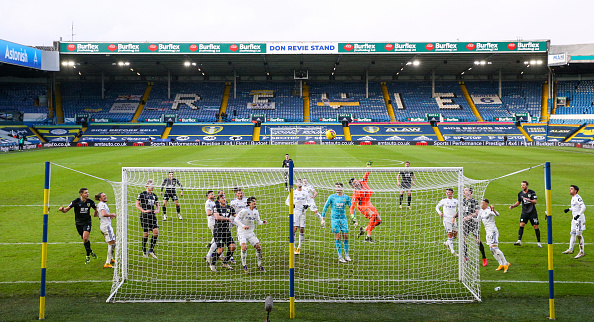 The Seagulls played out a goalless draw with Leeds at home in the Premier League on Saturday evening.

Potter believes that Meslier played well between the posts for Marcelo Bielsa’s side.

The Brighton boss has also blamed his side for their poor finishing for the final result.

It finished goalless between Brighton and Leeds.

The Yorkshire Evening Post quotes Potter as saying: “Rob was good, he made a couple of good saves, we caused our own problems for their chance.

“I think with Leeds, it was a combination of their goalkeeper and our poor finishing, which we can improve.”

How did Illan Meslier play for Leeds?

Meslier has established himself as the first-choice goalkeeper at Leeds.

The Frenchman is only 21, but he is a big player for Leeds.

And he plays week in and week out.

And he makes important saves.

Meslier made a brilliant save in the first half to deny Leandro Trossard and was called into action on a number of occasions.

In our view, the French goalkeeper was the best player for Leeds against Brighton.

Leeds are struggling at the moment and are in real danger of getting relegated to the Championship.

If Marcelo Bielsa’s side are to survive the drop, then Meslier will have to be in top form throughout the season.