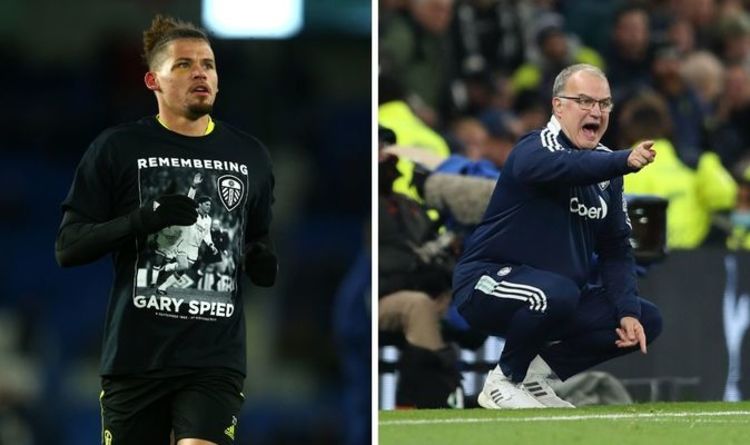 Jamie Redknapp believes 'something's not right' between Leeds United manager Marcelo Bielsa and his star player, Kalvin Phillips. Bielsa played Phillips out of position for the second successive game before withdrawing him at half-time in the 0-0 draw against Brighton & Hove Albion on Saturday.

Phillips started last week's 2-1 defeat at Tottenham Hotspur in defence but admitted his confusion over Bielsa's call in his post-match interview.

Despite Pascal Struijk's availability on the bench at the Amex Stadium, Phillips was again deployed as a centre-back alongside Liam Cooper.

After a first-half in which Brighton were unlucky to go ahead, hitting the post twice, Bielsa replaced Phillips with Struijk at the break.

And Redknapp feels trouble could be brewing at Elland Road given the recent goings-on.

Is there trouble brewing between Marcelo Bielsa and Kalvin Phillips? (Image: GETTY)

After full-time, Redknapp questioned Bielsa's decision to start Phillips in defence again, especially when an alternative centre-back was available.

He told Sky Sports: "I think there's something not quite right. He was definitely detailed to play in defence, but I saw him drift into midfield.

"I listened to the interview he did after the Tottenham game, where he had to hold back a few times. He's an England midfielder; he doesn't want to play as a defender.

"Needs must sometimes, where you have to do whatever is best for the team, but right now Leeds have other defenders [Struijk] that can do the job.

Leeds are 17th in the Premier League after 13 games. (Image: EXPRESS)