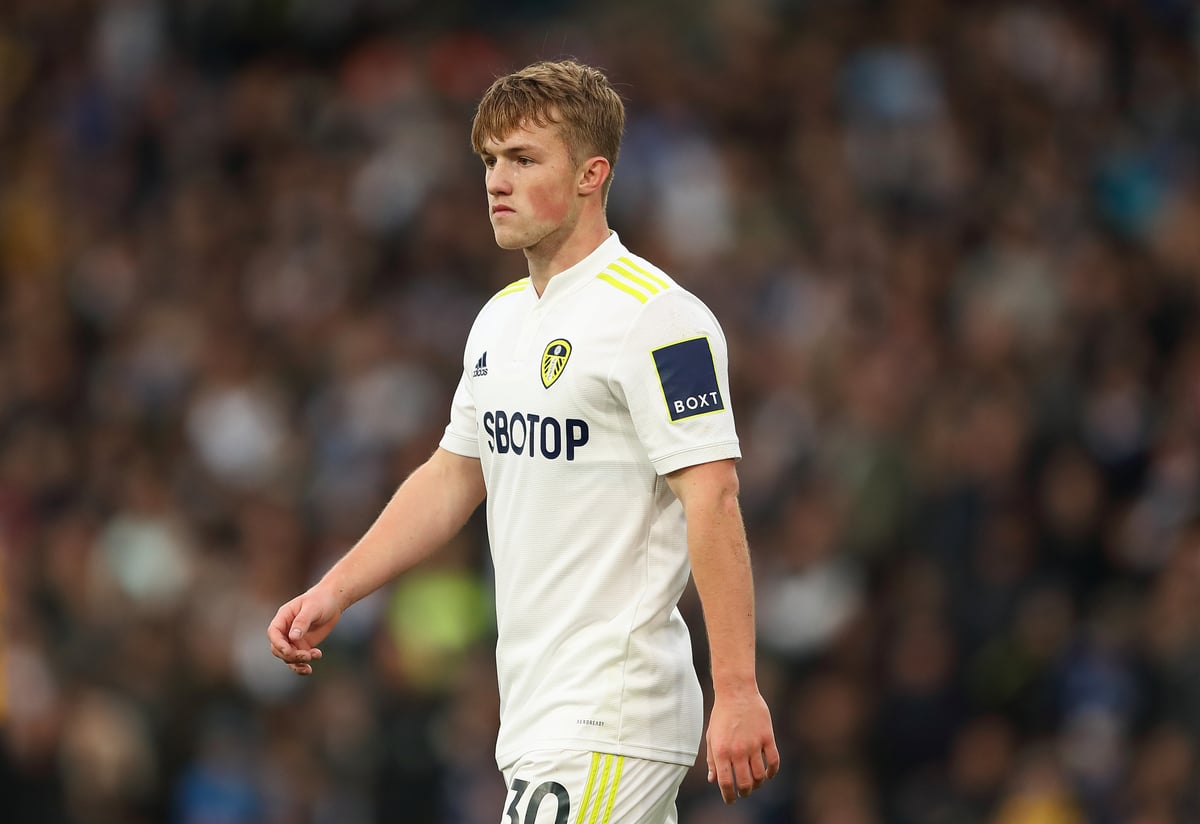 Joe Gelhardt can expect more outings for the senior Leeds side after impressing against Tottenham last week.

The 19-year-old was handed his first Premier League start against Tottenham last weekend as Leeds were hit with more injury blows.

Raphinha and Rodrigo both missed the clash, allowing Gelhardt to add to his two Premier League appearances.

Kenny was impressed with the striker’s performance and expects to see more appearances from the player this season.

“Every time he crosses that line for the first team he will be learning so much.

“Gelhardt starting is more of a sign of Leeds’ injury problems than a show of trust from the manager.

“That being said, Bielsa wouldn’t let anyone on the pitch who he doesn’t think is ready. Gelhardt has clearly impressed him.

“Maybe the plan was to introduce him later in the season, obviously that hasn’t happened.

“But Bielsa will know how much Gelhardt is learning and for me, he played alright.

“I think he held his own so I think we can expect to see more of him as the season goes on.”

Leeds took the lead against Tottenham but fell to a 2-1 loss.

The Whites are next in action against Brighton on Saturday night.

In other news, Leeds United told to go all out and pay “premium” to sign Bamford ally in January.