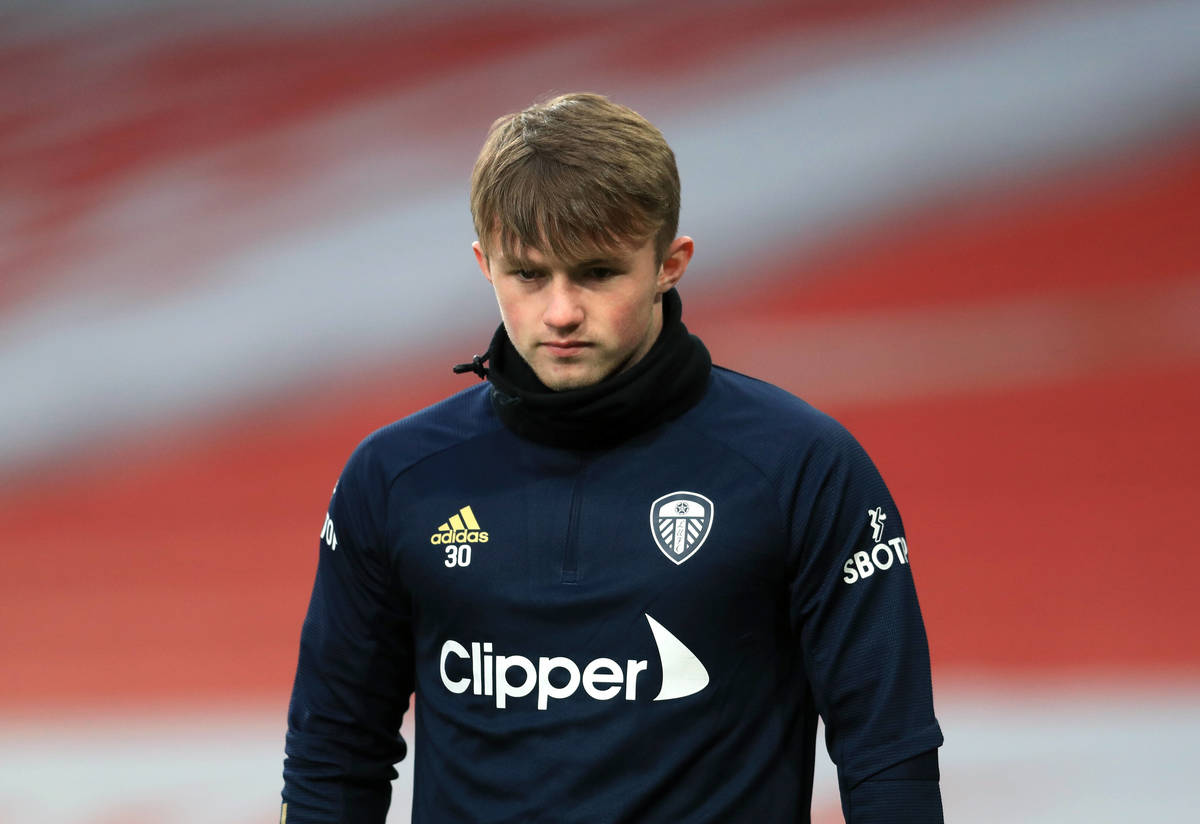 Noel Whelan has claimed Joe Gelhardt will be dropped from the Leeds United starting XI against Brighton.

The former Leeds striker and club ambassador, speaking exclusively to Football Insider, insisted the 19-year-old was a “standout” performer in last week’s 2-1 defeat to Tottenham.

Marcelo Bielsa confirmed on Thursday Raphinha and Rodrigo would be available against the Seagulls after missing out versus Spurs.

Their absences meant Gelhardt was handed his first league start for the Yorkshire giants.

Whelan admitted it would be harsh to see the young forward dropped but insisted fans would see a lot more of him this season.

Whelan told Football Insider’s Russell Edge: “He came with massive potential. That’s the reason why we brought him in. We know what he how good he looked playing for Wigan.

“We made a very shrewd signing bringing him in and we’ve nurtured him. He’s been training and playing the Leeds United Way for years now.

“I’ve got to say, on Sunday, he was a standout for me in the first half. Bringing people into play, always brave and wanting the ball, looking to be positive in that final third.

“If he doesn’t play, you know, that will be disappointing to the young man, but I’m sure he’ll understand why.

“If he does, he’s got another opportunity there to start the game without coming on when you’re chasing the game. It’s different.

“I’d like to see a lot more of him. He looks like he plays with no fear and he’s definitely got the quality.

“He’s a massive talent and excitement for everybody for the rest of the season because I’m sure we’ll see a lot more of him.”

Gelhardt has made five appearances for Leeds to date.

Three of those have come in the Premier League.

In other news, Leeds United told to pay “premium” to sign Bamford ally in January.