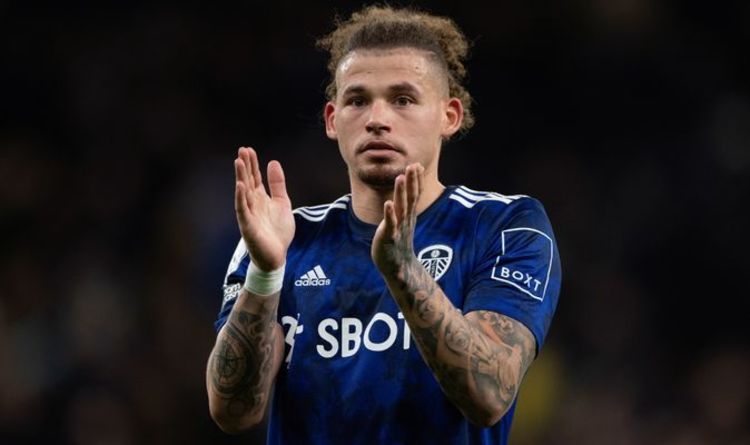 Manchester United's appointment of Ralf Rangnick as interim boss has sparked various rumours about incomings as the Red Devils look to consolidate a Champions League spot. But one certain man who won't be coming in is Kalvin Phillips, according to reports.

United, who currently sit in eighth position after enduring a terrible start to the campaign under Ole Gunnar Solskjaer, are going to need an overhaul in January if they are to meet their targets.

A midfielder has been on the agenda for some time, with Declan Rice, Eduardo Camavinga and Franck Kessie having all been linked in recent months.

Yet one midfielder who won't be making the switch to United is Leeds midfielder Phillips.

The workhorse had emerged as one of United's leading transfer targets after a stellar Euro 2020 campaign.

Kalvin Phillips has been touted with a move to Manchester United in recent months (Image: GETTY)

The Leeds-born dynamo had been linked in a £60million move.

However, the Daily Star indicates that he has no intentions of leaving Yorkshire for Greater Manchester - with Liverpool supposedly set to wade in and make their own bid.

It is believed Phillips has concerns over leaving the club due to the ramifications his family could come under should he make the switch to their rivals.

His family still live in the city and the England star is worried over the abuse they would receive if he was to join the Red Devils.

"Historically, it has been there for a long time. I don't understand it, but it's not nice."

Leeds currently sit 17th in the Premier League after an underwhelming start to proceedings in the league.

And the Whites take on Brighton on Saturday in a bid to climb the table.