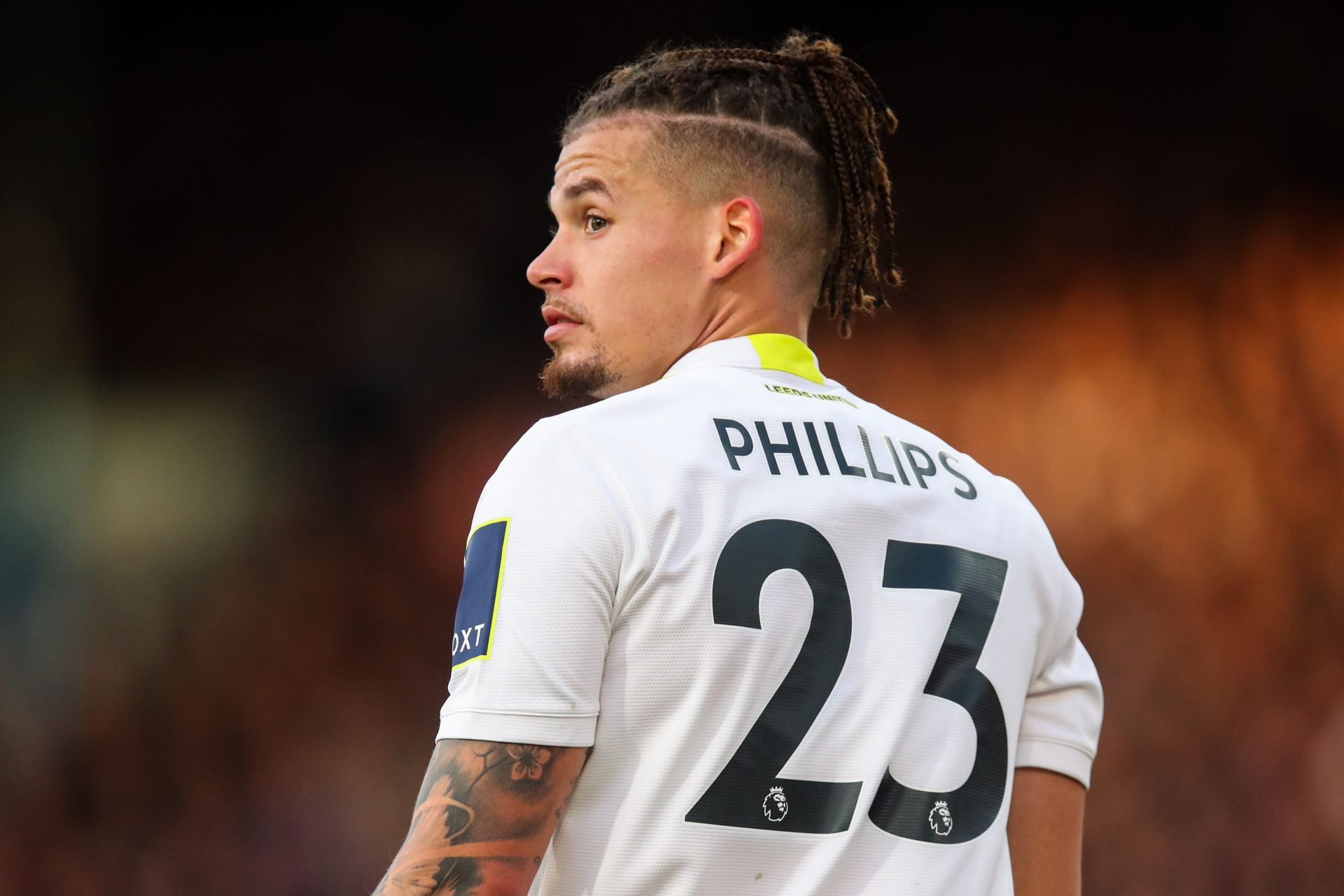 Leeds fans have taken to Twitter to react after Kalvin Phillips appeared to aim a dig at Derby and Frank Lampard with his latest tweet.

Well, the 25-year-old posted a photo of himself pretending to hold binoculars, in what seemed to be a reference to ‘Spygate’ involving Derby.

For those of you who don’t know, Leeds were fined £200,000 – which Marcelo Bielsa paid himself – after the Argentine admitted to spying on Derby’s training session (BBC).

Tensions between the Whites and the Rams only increased when Derby beat Leeds in the Play-Off semi-final.

Nothing to see here 😅🤣 pic.twitter.com/arwVrWyIh8

After Derby progressed to the Play-Off final, Lampard and his players celebrated at Elland Road by pretending to hold binoculars, in a direct reference to ‘Spygate’.

Now, with Derby rooted to the bottom of the Championship, Phillips has had the last laugh by doing the same gesture at Thorp Arch.

Leeds and Kalvin Phillips have left Derby in their dust

It’s quite simple – you don’t want Leeds as an enemy in football.

After Derby rubbed their Play-Off semi-final win in at Elland Road, Lampard and co. truly poked the hornet’s nest.

Now, with Leeds performing well in the Premier League with a number of internationals in their squad, it’s safe to say they’ve left Derby behind.

As a result of Derby’s conduct, those at Leeds rarely miss a chance to have a dig at them.

Some Leeds fans even mocked the Rams for holding an open training session for free earlier this year, after Bielsa was charged £200,000 to watch one of his own in 2019.

For now, let’s see what the Leeds fans on Twitter have been saying about the tweet from Phillips…

Our Kalvin! 🕵🏽‍♂️ WHEN ALL OF THE SPIES, ARE HIDDEN AWAY! TRY NOT TO WORRY, YOU’LL BEAT US SOME DAY! WE BEAT YOU AT HOME, WE BEAT YOU AWAAAAY! STOP CRYING FRANK LAMPARD (and Jody Morris) 💛🤍💙 #lufc #mot https://t.co/yCMtVMGkb1

Just looking at Derby sitting bottom of the Championship like 🤣 https://t.co/DRIdeTFi8h

You checking the championship table 🐏🤣

In other news, Report: Steven Gerrard blown away by Aston Villa player who Dean Smith only started 4 times