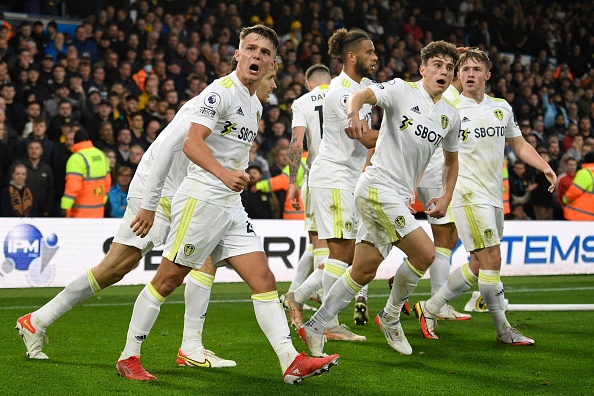 According to Homme du Match, Leeds are expected to submit a bid for Andrei Girotto in January, having expressed interest in 2020.

Well, it looks as if Victor Orta plans to bring a new face to Leeds this winter.

Homme du Match believe the Brazilian was of interest to Leeds in 2020, and the Whites now plan to firm up their admiration with an offer.

Girotto has shone for FC Nantes this season with three goals in 14 Ligue 1 appearances, which is very impressive for a defender.

Like Robin Koch, the 29-year-old can also operate in a defensive midfield role as well as at centre-back, where he has played nine times this term.

Homme du Match are claiming that Leeds will submit a €5m (£4m) bid for the South American, who they describe as having the perfect skillset for Premier League football.

In our view, the imminent return of Koch means Leeds should probably shelve plans to sign Girotto.

👊 Back on the training pitch! pic.twitter.com/3NL6msFrQW

Koch hasn’t played since the 5-1 defeat to Manchester United, after having an operation on his pubis bone, but he is nearing a return.

In that respect, is Girotto needed?

The Brazilian is also 29, so it’s not as if Leeds are investing in one for the future.

With Pascal Struijk, Diego Llorente, Liam Cooper and Koch already at Elland Road, we feel Leeds would be better off spending their money elsewhere.

In other news, 'Get in': Liverpool fans excited as early team news drops before Porto clash tonight