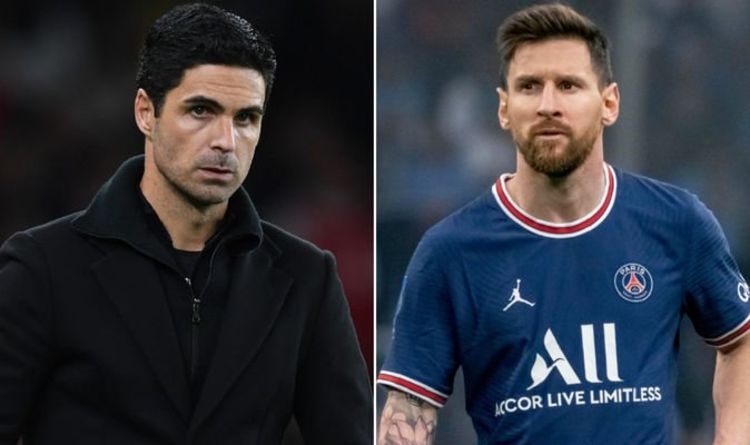 Arsenal's 2-0 win over Leeds United in the Carabao Cup last night was nothing short of routine as they progressed to the quarter-finals of the competition. However, there was one moment which had fans talking in which a photograph of Rob Holding dribbling drew comparisons to Lionel Messi.

Mikel Arteta's side had less possession and shots on target against Marcelo Bielsa's energetic Leeds United side but still came out on top.

Fielding a rather second-string starting XI, Arsenal appeared a weaker side against an almost full-strength Leeds outfit in a competition they haven't won since 1993.

But goals from Calum Chambers and want-away striker Eddie Nketiah sent the Gunners through to the last eight with a goal apiece in the second half.

Yet there was one image that Arsenal fans were speaking about more than the goals.

After Holding went on a marauding run into the heart of the Leeds defence, one eagle-eyed fan on Reddit noticed it was identical to a photograph of Messi slaloming his way through a Villarreal defence for Barcelona.

@reciprocalspace wrote in response: "It's the same picture."

Mikel Arteta took Arsenal to the quarter-finals of the Carabao Cup on Tuesday (Image: GETTY)

The camera angles of the two are almost identical with four defenders cornering the Stalybridge-born defender.

And fans were quick to compare the duo, despite the fact Holding is a no-nonsense and Messi is considered the greatest dribbler of all time.

@JustBrowsingOverHere agreed: "In my minds eye I thought of the hobbit 'I’m going on an adventure' meme. Then two minutes later White thought 'me too'."

Fans may have wondered why Holding attempted the mazy run, but a few agreed that Ben White's arrival has had an influence upon Holding.

The image of Holding bore resemblance to one of Messi (Image: REDDIT)

Another fan referred to the nickname given to Holding which seems him handed a rather Brazilian ending to his typically English last name.

Arsenal find out their quarter-final opponents on Wednesday night.