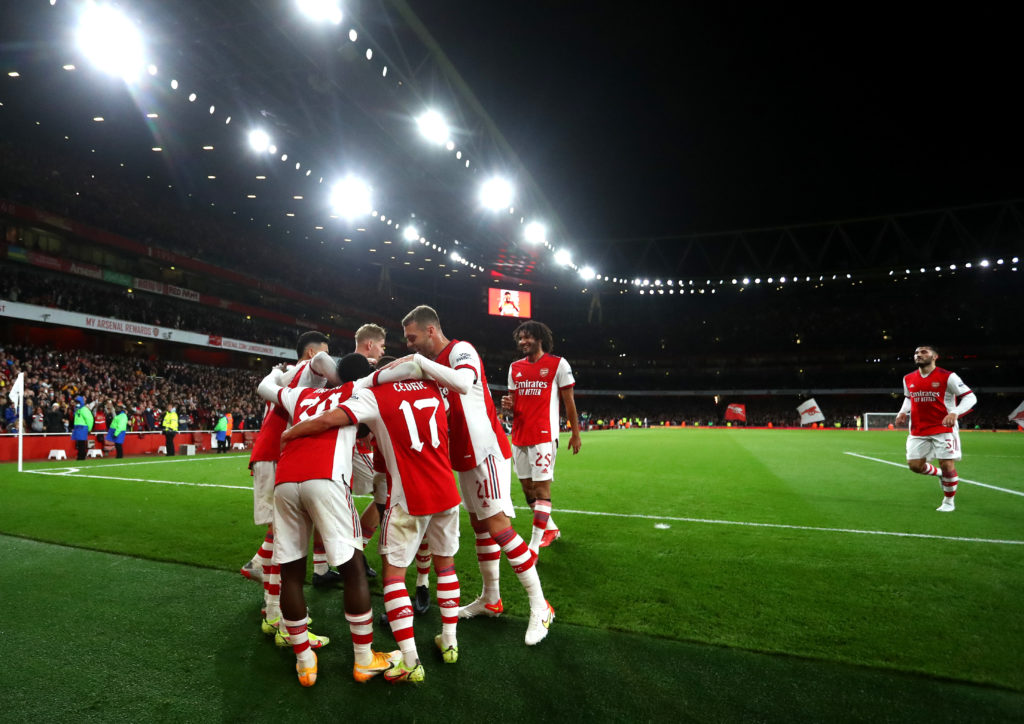 Eddie Nketiah could leave Arsenal on a free transfer at the end of his contract in June, but seized a chance to impress by scoring against Leeds in the Carabao Cup on Tuesday.

Mikel Arteta handed the Hale End product only his second appearance of the season so far against Marcelo Bielsa’s Whites. His last game also came in the EFL Cup when the Gunners beat Wimbledon. With the 22-year-old additionally scoring his side’s third over the Dons.

Nketiah is yet to feature in any of Arteta’s Premier League squads over Arsenal’s opening nine fixtures. Yet now has two goals in two Carabao Cup games, after rounding Illan Meslier to help clinch a quarter-final place. Doubling their lead following Calum Chambers’ header.

Arteta was delighted with Nketiah producing for Arsenal against Leeds, whom he spent the first-half of 2019/20 on loan with. The England U21 star also impressed Gunners icon Alan Smith and Jermaine Beckford with his ball control when scoring.

Nketiah seized on an under-hit header from Liam Cooper back to Meslier, flicked the ball over the Whites’ stopper and brought the ball down wonderfully with his weaker left foot. The £45k-a-week striker was somewhat lucky to score after the ball bounced awkwardly as he went to shoot. But, with much relieve, watched as the ball bobbled over the line.

“It’s brilliant, honestly. He gambles off the back of Liam Cooper possibly playing a short pass back to the goalkeeper and it was exactly that. But that first touch, over Meslier’s head. Second touch, as well, were absolutely sublime.

“Third touch was a little bit fortunate if we’re being brutally honest. But ultimately, it’s ended up in the back of the net, which is exactly where you want the ball to end up as a centre-forward.”

Smith added: “Travelling at speed, that first touch is spectacular. I know he got the Man of the Match, I wouldn’t say he was heavily involved right through the game. But that is Eddie Nketiah in a nutshell.

“When there’s half a chance, he comes alive in the box, and he is a brilliant poacher. It’s something that will stay with him throughout his career, and he just needs to add to that asset now, as he gets older and develops. But it was a brilliant take.”

Arteta’s reluctance to field Nketiah in Premier League fixtures still leaves Arsenal at risk of losing the striker on a free transfer. Football.london note he is likely to hold out on leaving the Emirates Stadium until his contract expires next summer.

Arsenal sought to sell Nketiah this summer, but failed to find a club ready to pay £20m, per The Athletic. Crystal Palace were interested in the forward, however only bid £10m. Now, the Gunners may only earn £8m in compensation if he joins an English side, per talkSPORT.