‘It was a bit tough’: Leeds man admits he was nervous while playing last night
HITC 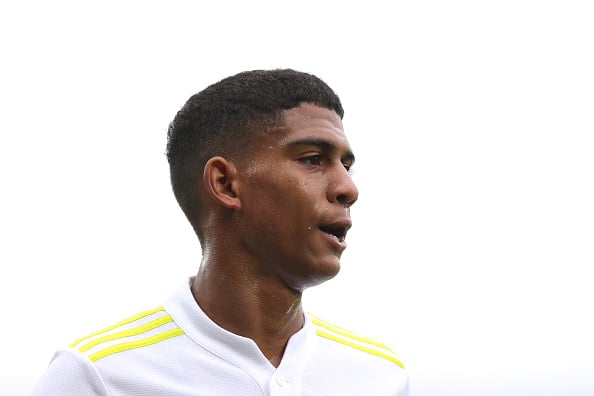 Cody Drameh has said to Leeds United’s official website that he found it tough going at first after being handed his senior debut last night.

Marcelo Bielsa opted to line up with Drameh at full-back for Leeds’ game against Arsenal.

The right-back generally performed well at the Emirates Stadium, despite Leeds’ 2-0 defeat in the League Cup tie.

But Drameh admits that it took him some time to find his feet on his first outing.

“At some stages it was a bit tough.

“At the start of the game there was maybe a bit of nerves, but I grew into it as the game went on.

“I think we could have got one or two goals in the first half if we had taken our chances, it was just a bit unfortunate.

“In the second half they got the two goals and that really killed it for us.”

The teenaged full-back has been one of the stand out performers in Bielsa’s development side, and there are big expectations about his future at Elland Road.

Drameh is blessed with great attacking ability, which perhaps wasn’t on full display last night, but he is also a competent defender.

Leeds are next in action at the weekend when they take on Norwich City and it will be interesting to see if Drameh does keep his place.

In other news, 'Big', Wow': Some Man City fans can't believe who showed up for U-21 match last night