‘He can’t be any more Leeds’: Some Whites fans love what Ben White did just before kick-off last night
HITC 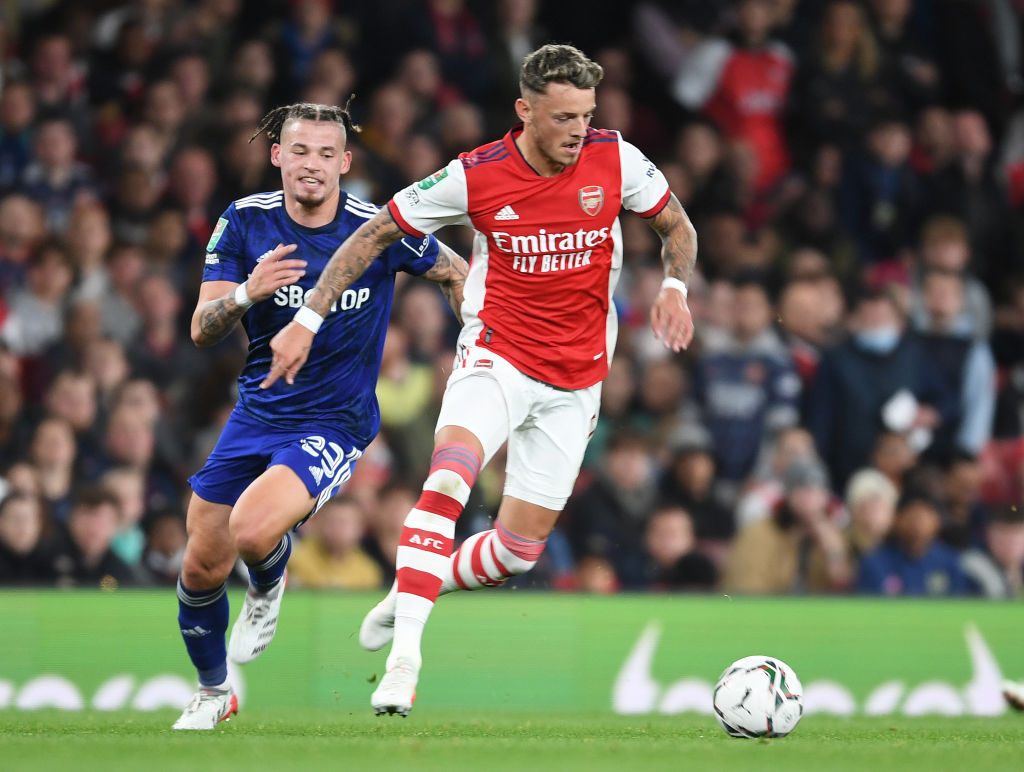 White is still fondly remembered at Leeds, after helping Marcelo Bielsa’s side earn promotion back to the Premier League with a wonderful season.

That year at Elland Road really caused White’s career to take off, and under 18 months later, he is now a £50 million defender for Arsenal.

White once again showed his class during the contest, before he was substituted off, as Arsenal picked up a 2-0 win over Leeds in the League Cup last night.

But Whites fans were at least able to enjoy the England international’s reaction to seeing Phillips.

The pair remain very close and just before kick off, as both sides took the knee, Leeds fans noticed White laughing at the prospect of coming up against his good friend.

Aww I seen just before them give each other a big hug! I love these 2 🥰🥰

Always be Leeds and a big part of the history 💙🤍💛

He can’t be anymore Leeds

This is great. Wish he would just get on the coach home with the boys. Laughing at each others hair cuts aren’t they! https://t.co/hiHSrqOeiL

The one that got away?

Leeds may actually be regretting not signing White when they had their chance now.

When the Whites went up they pushed hard to land him from Brighton, but ultimately decided that he was overpriced.

However, his value his just continued to rise in recent months and White is now playing a very prominent role for Arsenal.

Leeds, meanwhile, have brought in Robin Koch and Diego Llorente to shore up their backline, but the pair have both had their fitness issues during their time at Elland Road.