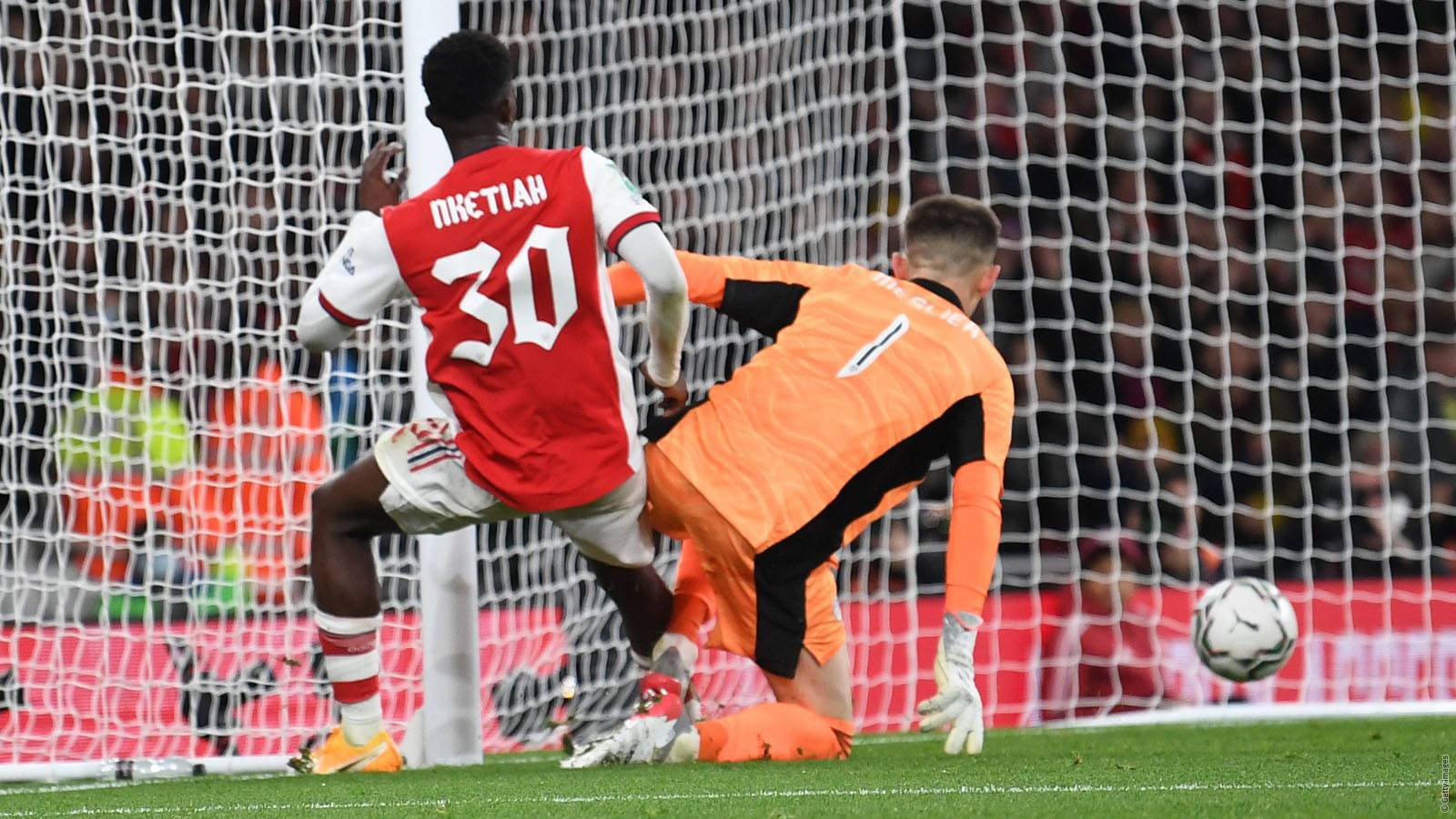 Mikel Arteta has praised the "humble" Eddie Nketiah after he delivered another goalscoring display as we beat Leeds on Tuesday night.

It was the striker's seventh goal in eight Carabao Cup matches for both us and - coincidentally - Leeds, and helped us claim a 2-0 win.

"He's been scoring goals every time we use him," Arteta said.

"His attitude has been top drawer. Again, he hasn't had many minutes. He's a very humble person but has a big hunger inside himself and I'm delighted for him."

Arteta also reserved special praise for Calum Chambers, after he stepped off the bench and scored within 23 seconds.

"Suddenly we all had the feeling because I heard that a few people told him that he was going to score!" the boss said. "I'm delighted for him because he's a top guy, top professional. He hasn't played many minutes and he came on and did a fantastic job.

"I love the reaction of his team-mates who spend time with him every day and they are feeling a little bit for him as well because he hasn't had that many minutes, so that spirit and togetherness is great to see."