Arsenal 2-0 Leeds United: Player Ratings
Through It All Together 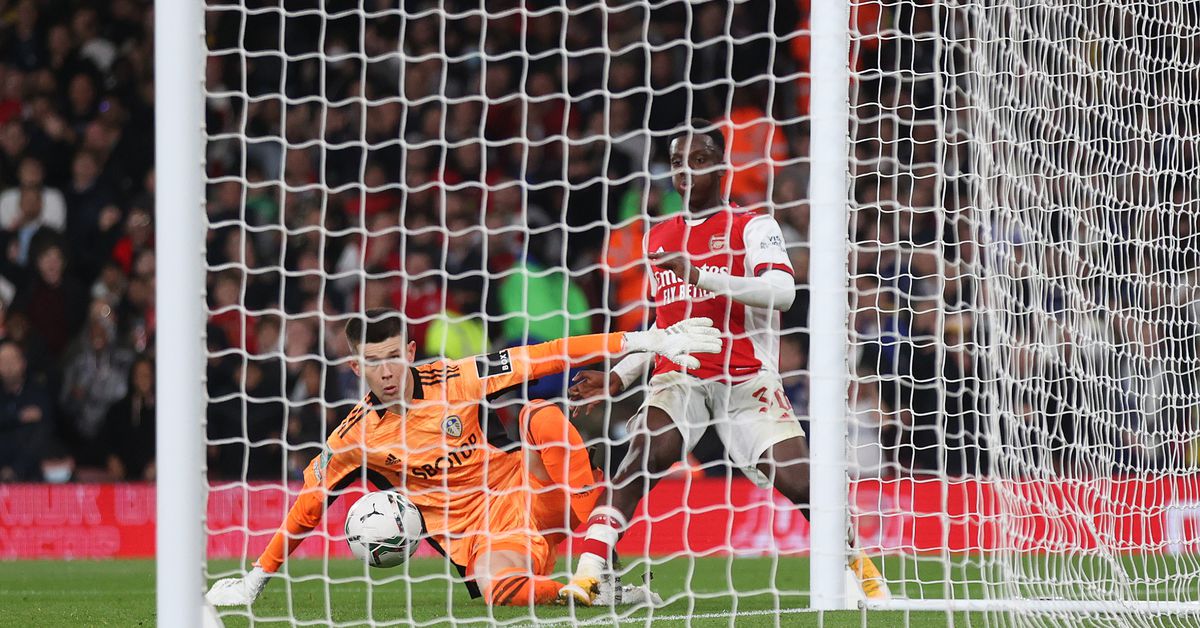 Leeds United were knocked out of the Carabao Cup after a 2-0 defeat at Arsenal, with second-half goals from Callum Chambers and Eddie Nketiah sealing the victory for the Gunners.

A half-and-half side made up of first-team players and fringe players produced an encouraging first-half display before succumbing to a set-piece and a defensive error.

Cody Drameh made his debut for the Whites, producing a solid display at right-back, while Adam Forshaw got another 45 minutes under his belt and Kalvin Phillips returned from injury to play the full 90.

But, ultimately, it was another night of frustration for Marcelo Bielsa’s side who still seem some way off the pace compared to last season, especially going forward

Here are the player ratings:

Not massively at fault for either goal but wasn’t able to save us as he does so regularly. The first was a header from close range which he may have been better positioned for and the second a glaring mistake from Liam Cooper.

Could’ve maybe judged the mistake a but earlier and held off but hard to say at the pace it happened.

Struggled to get to grips with the pace early on and was slow both in and out of possession. Calmed after 10/15 minutes and grew into the game.

Held his own against a targeted attack down his side and grew in confidence.

Brilliant in possession, as per usual. Played James in with a beautiful lofted diagonal ball and consistently broke the lines with his trademark punchy passing. Provided a calm head next to Drameh as he eased into it.

Hard to point the finger at anyone for the goal but as he spun out it left Callum Chambers with a yard of space.

Didn’t seem happy to come off. You would imagine it’s a statement of his importance in the league.

Again, not at fault for either of the goals and key to Leeds’ defensive solidity in the first half.

Swept up any balls in behind Stuart Dallas with relative ease and took on the role of aggressor when Cooper came on.

Still some way off the Stuart Dallas of last season and struggled at times to cope with the pace of Nicolas Pepe.

A level above the rest even in his first game back. Dependable on the ball without ever really running the show from deep.

Kept an in form Emile Smith Rowe relatively quiet and found time to sweep up the rest of the midfield when needed.

His return is undoubtably a huge boost

Understandably a little slow both in and out of possession, especially against a sharp Arsenal midfield, but never looked uncomfortable or out of his depth.

The half-time substitution seemed pre-meditated - another 45 minutes under his belt.

Energetic in the first-half without producing the quality you’d want. A poor first-touch wasted his best chance before a poor decision from a counter attack where he should’ve released Rodrigo.

Faded in the second half and will have been wanting more.

Tonight seemed like another chance for Roberts to prove what he can do, yet it was more of the same from the 22-year-old.

Too often Arsenal’s centre-backs were able to burst into midfield - a problem he and Rodrigo are equally culpable for - while in possession he never seemed to have the decisive touch.

Forced a solid save from Bernd Leno in the first half with a good strike but still looks some way off the pace.

Full of energy and showed discipline in helping out Drameh when necessary, but ultimately failed to create any substantial threat.

Everything we’ve come to expect from Rodrigo really: intelligent movement both deep and on the last line but lacking any serious conviction and constantly forcing passes that are too often misplaced.

As with Roberts it was his responsibility to press advancing centre-backs, something that happened too often but luckily never materialised.

Could’ve been a different story had he been played in by James but we’ll never know.

Came on for Forshaw at half-time and never got involved at all.

Failed to make the same impact as against Wolves (understandably) and failed to get the service as well.

A good bit of footwork in added time but a snatched shot about summed it up for Leeds.