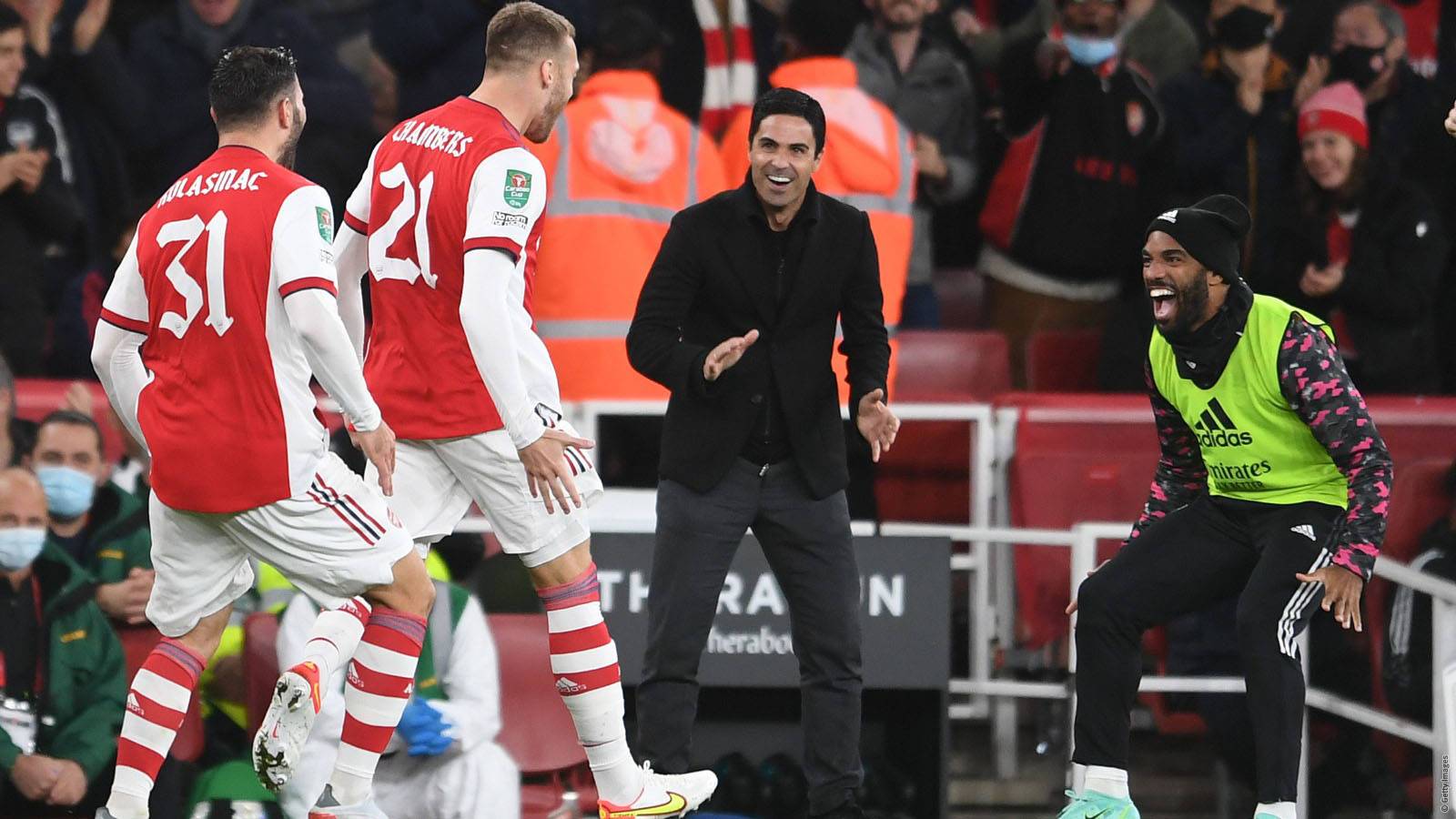 We booked our place in the quarter-finals of the Carabao Cup after second half goals from Calum Chambers and Eddie Nketiah saw off the challenge of Leeds.

Coming into the game off the back of a hugely-encouraging win against Aston Villa and ahead of a tricky clash at Leicester this weekend, it was no surprise to see Mikel Arteta shuffle his pack.

There were nine changes to the team, with just Ben White and Emile Smith Rowe retaining their places – but most of the attention was focused on the bench, where Salah Oulad M'Hand was included for the first time.

We made much of the early running in a tightly-contested first half, with Eddie Nketiah dragging a shot wide and Sead Kolasinac’s effort from a tight angle saved.

But Leeds posed a real threat on the break, and had a clear sight of goal when Diego Llorente played a pinpoint ball over the back of our defence for Dan James to race in to, but Bernd Leno saved his shot.

Our German goalkeeper then made an outstanding save to deny Jack Harrison, after the Leeds man took aim with a fierce shot at the back post, before Smith Rowe flashed one over at the other end.

That was it for the first half, but after the interval we took the lead when Chambers – on for the injured Ben White seconds earlier – headed the ball over the line, and after a long pause, the goalline technology awarded it.

We doubled our advantage when Nketiah – up against his former loan club – took advantage of an underhit headed backpass by racing on to it, lifting the ball past Illan Meslier and rolling it in for our second of the night.

It was the striker’s seventh goal in eight Carabao Cup matches – for both us and Leeds.

There was still time for Alex Lacazette to rob Kalvin Phillips and race through, but he blasted his shot over – but it mattered not, our place in the quarter-finals was secure.

We’ll take our place in the draw for the last-eight, which will take place on Saturday morning. Stay close to Arsenal.com for all the details.

We head to the King Power Stadium on Saturday to take on Leicester City in the lunchtime kick off, before hosting Watford at the Emirates a week later.