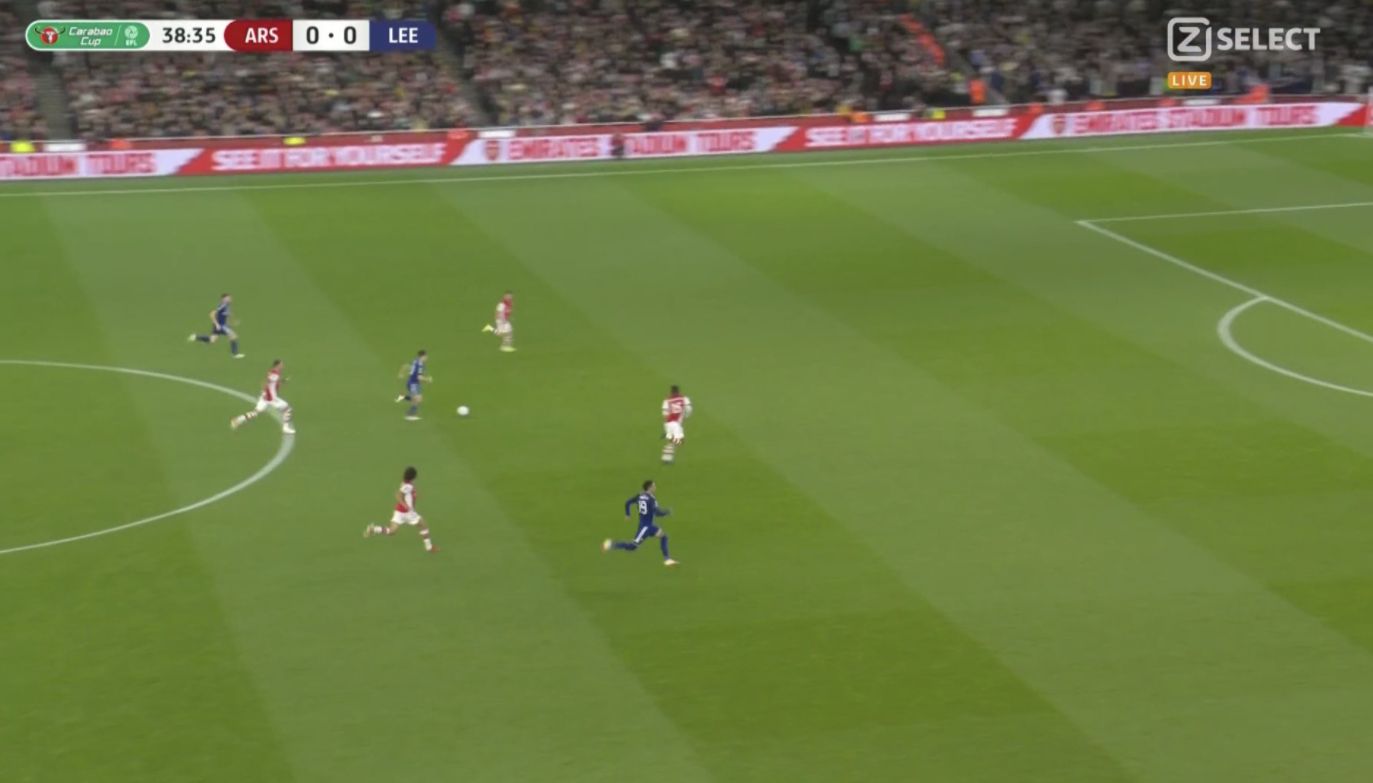 Remember when Dan James was briefly looking like being the next big thing for Manchester United?

And remember when, despite James doing very little of note in his time at Man Utd, they sold him for a profit at around £24million to Leeds this summer?

It’s all very strange when you look at just how poor the Wales international is, as he summed up with this dire piece of decision-making in the screen shots below…

James ignored the obvious pass to his right and instead went left, seeing a very promising move break down in the process.

Arsenal went on to beat Leeds 2-0, but it could’ve been very different if James had kept a cooler head and shown more intelligence here.