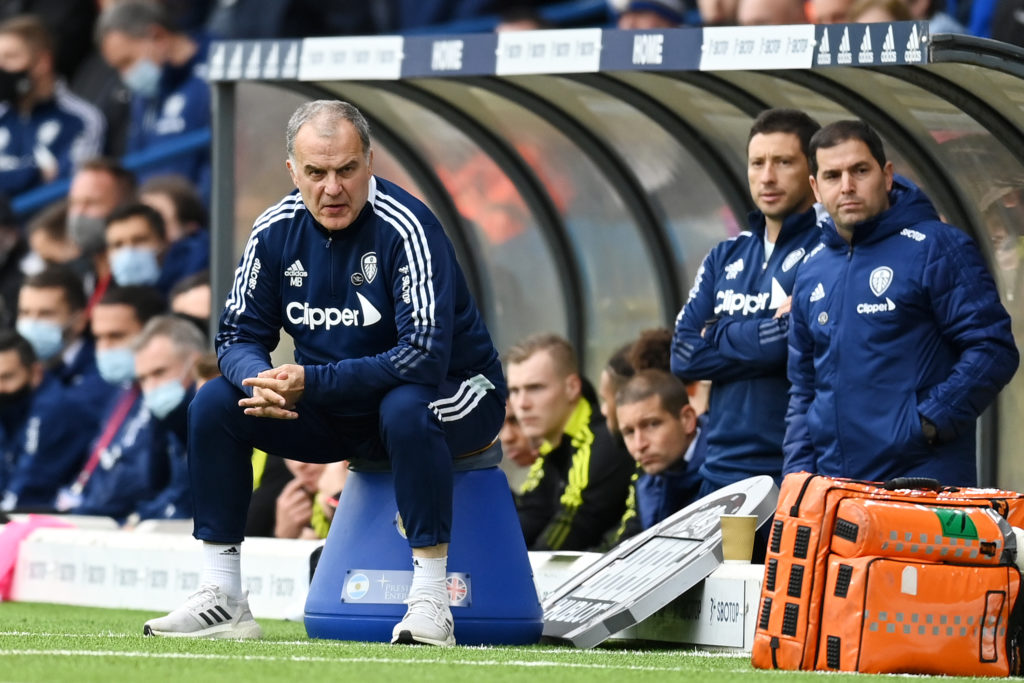 Marcelo Bielsa could hand Joe Gelhardt another chance to dazzle in the Leeds United first-team when the Whites travel to face Arsenal in the Carabao Cup Round of 16 on Tuesday.

The Elland Road natives visit the Emirates Stadium looking to book a place in the quarter-finals. Leeds have not reached the last eight in the EFL Cup since 2016/17. A hurdle they have also not passed since finishing as runners up in 1995/96.

Gelhardt made his Leeds debut in the third-round of the Carabao Cup this September away to Fulham. Bielsa brought the 19-year-old off the bench after 69-minutes at Craven Cottage and saw the teen convert his shoot-out penalty. Securing a fourth-round trip to Arsenal.

Bielsa may afford Gelhardt minutes at Arsenal after appearances in Leeds’ last two Premier League fixtures. The striker made his top-flight bow at Southampton before his Elland Road debut against Wolves last Saturday. He is yet to start a senior game or score for the Whites.

However, Gelhardt earned the penalty Rodrigo converted to equalise in the 94th-minute against Wolves. Causing Bruno Lage’s side problems with a storming cameo performance. Yet the Wigan Athletic product’s time in the Whites first-team has not been plain sailing.

Gelhardt has explained, via the Yorkshire Evening Post, how he initially struggled in the Leeds first-team. But Bielsa has also helped the youngster develop his game. And the Argentine could unleash Gelhardt – potentially for a first start – when Leeds face Arsenal.

“It was a tough change at first, obviously with the physicality and the shape the lads are in,” Gelhardt said. “It was hard getting used to but once you get past that period, you learn so much technically and tactically. He just makes you a better player.”

Should Bielsa unleash Gelhardt vs Arsenal in Carabao Cup?

Gelhardt offered Leeds a lively cameo against Wolves to suggest he may deserve minutes at Arsenal in the Carabao Cup. He helped Bielsa’s men pile on the pressure and was at the top of their attacking moves. While only a solid Jose Sa save denied him a first senior goal.

In other news, 'Getting ready for Haaland': Some City fans can't believe Pep's 'huge' plan for £20m signing