‘That’s a huge risk’: Some Arsenal fans are sceptical over Arteta’s reported plan against Leeds
HITC 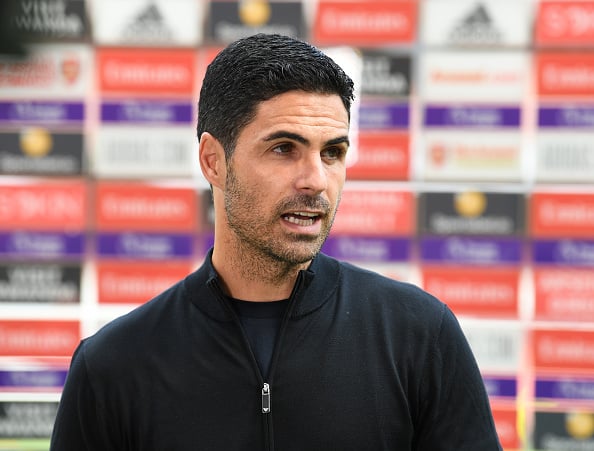 Arsenal manager Mikel Arteta is reportedly set to start a strong XI this evening against Leeds United in the League Cup.

According to Football London, the Basque manager is keen to keep Arsenal’s momentum from Friday night going after a blistering 3-1 win over Aston Villa in the Premier League.

With no Europe, the League Cup is the only source of tournament football for Arsenal this season. Meaning that fringe players and youngsters have not played too much this campaign.

The likes of Gabriel Martinelli, Folarin Balogun and Eddie Nketiah have struggled for first-team minutes. And that’s in large part to a lack of European football.

How Would A Squad Of Free Agents Do In The Championship? Football Manager 2021 Experiment

Indeed, whilst it makes sense for Arsenal to go strong against Leeds, it will no doubt anger some players within the club. Bernd Leno, Rob Holding and Pablo Mari have not played a single minute of football since the 3-0 League Cup win against AFC Wimbledon.

As you would expect, this update ahead of tonight’s clash against Leeds has not gone down well with Arsenal fans. The League Cup is seen as a competition where talents from the academy can play first-team football.

But tonight, Arteta is opting for a strong XI to face Leeds, and here’s what some Arsenal fans had to say on Twitter…

For god sake that’s a huge risk with our luck.

if martinelli doesn’t start we riot

He just doesn't care about their development

In other news, 'Channelling his inner Klopp': Some Liverpool fans have 'goosebumps' after footage of ex-coach