Leeds summer target will only leave club for 'offer of a lifetime' - Bielsa and co. warned ahead of January
Sport Witness 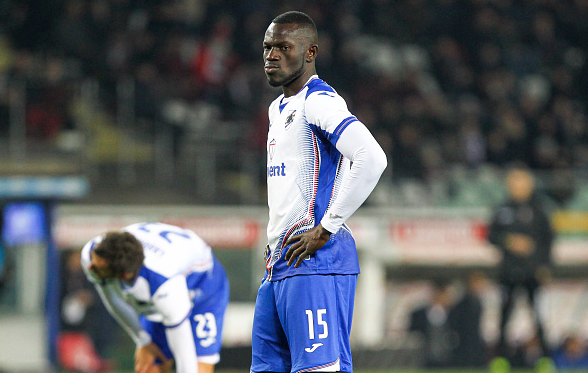 Linked with a move to Leeds United throughout the summer, Omar Colley never left Sampdoria, despite half the Premier League seemingly taking an interest in his situation.

The Gambia international has enjoyed an increasing reputation in Serie A of late, and while he isn’t seen as one of the best in his position, he is still respected for his efforts at the club, which have led to many rumours about his future.

Leeds went from ‘testing the waters’ in May for him to being ‘ready to battle’ for him in July, and their ‘great interest’ lasted all the way until August.

Things went a bit quiet after the transfer window shut, which makes sense, as the Elland Road side became fully focused on sorting out their worrying form.

With January edging ever closer and Marcelo Bielsa’s side currently in 17th with a goal difference of -8, perhaps a new defender might be of use to stabilise the ship.

Should they decide to go for Colley, though, his agent, when speaking to TuttoMercatoWeb, explained it would need to be a hell of an offer.

He said: “The reasoning is always the same: he can leave Sampdoria only if a great offer arrives; let’s say the offer of a lifetime. He is fine at Sampdoria and Genoa. He will never leave this team for clubs and salaries of the same level or slightly higher. In fact, we have always rejected similar offers in recent years”.

Leeds and Bielsa have been warned: give the defender a reason to leave his comfort zone.