‘Great effort this’: Some Leeds fans react to footage of Roberts seconds after last-gasp penalty
HITC 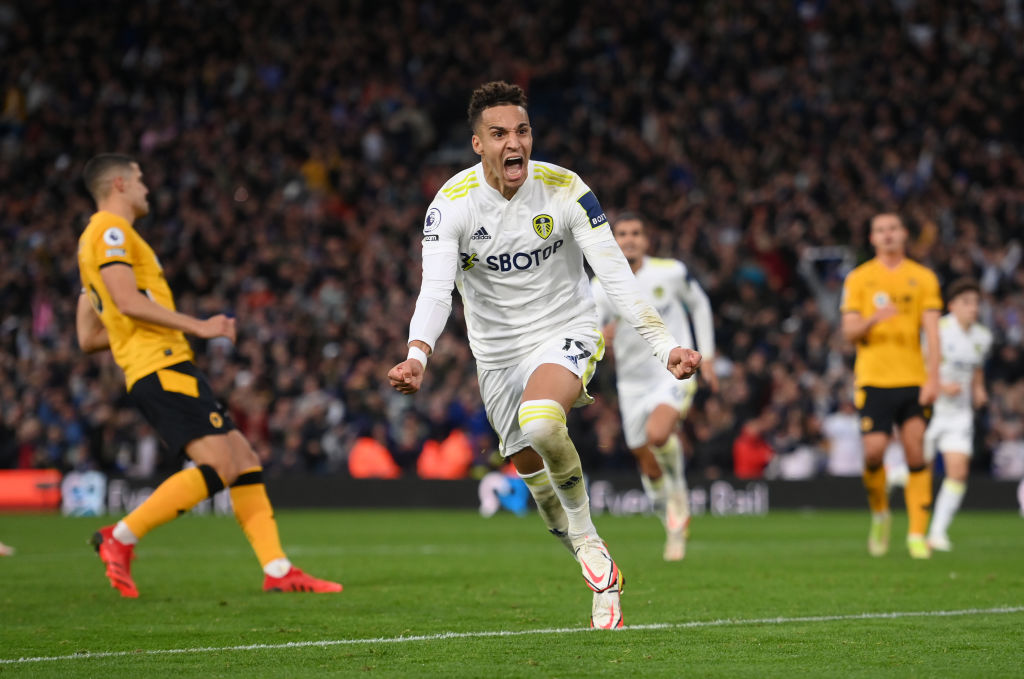 Leeds secured a last-gasp draw against Wolves this weekend as Rodrigo dispatched a penalty to secure a late point. Yet supporters on social media have picked out what Tyler Roberts did seconds after the goal.

Footage uploaded onto Twitter post-match showed the Welsh international firing the rebounded ball high over the bar after Rodrigo had buried his penalty past Jose Sa.

The striker has struggled big-time since Leeds’ promotion to the Premier League. Since the start of last season, Roberts has only scored one goal in 38 appearances for the Yorkshire side.

Indeed, with the likes of Patrick Bamford and Jack Harrison making the leap from Championship football to the Premier League, Roberts is running out of time to find his feet in the top-flight.

Indeed, Rodrigo’s last-minute penalty stole the headlines and the attention for Leeds fans. Yet some eagle-eyed supporters managed to spot Roberts missing the goal entirely after the Spanish attacker ran off in celebration.

With Roberts yet to score this season, supporters found some humour in the footage. The attacker will no doubt be keen to score in the coming weeks, with the 22-year-old likely to feature midweek against Arsenal.

The clip went viral amongst Leeds fans. And supporters on social media found it amusing to see a striker out of form fail to hit the target with the goal so open for Roberts.

Roberts is getting closer and closer to that first goal of the season. Great effort this one. #LUFC pic.twitter.com/z4i2H0T0sH

In other news, 'They aren't wrong': Some Newcastle fans discuss what Palace fans did before 1-1 draw