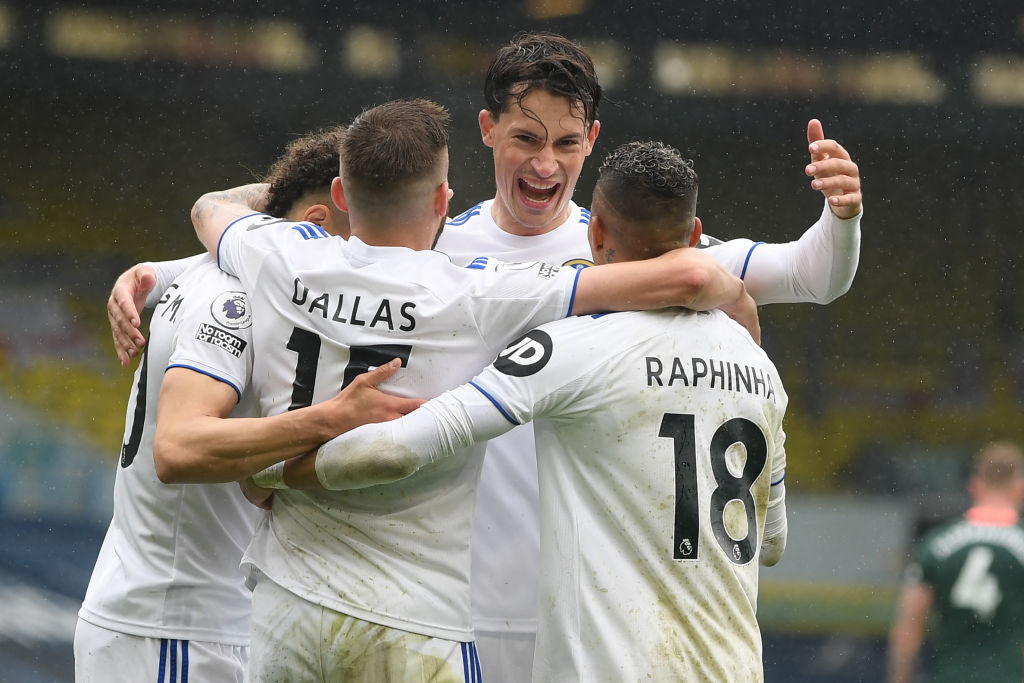 Leeds United forward Rodrigo has said on Instagram that he is not happy with the draw with Wolverhampton Wanderers.

Marcelo Bielsa’s side played out a 1-1 draw with Wolves at Elland Road in the Premier League yesterday.

Rodrigo scored the equaliser for Leeds deep into injury time.

It was from the penalty spot.

Spanish star Rodrigo has said on Instagram that he is proud of the comeback, but the former Valencia man has admitted that he cannot be happy after a draw.

Rodrigo – who earns £57,692 per week as salary, according to Spotrac – played well against Wolves and should be pleased with his own performance.

Leeds were not at their best against the Wanderers, and the Elland Road faithful will hope that team put together a winning run soon.

It is very encouraging.

Bielsa told Leeds Live: “I liked Pascal today. He gave a lot of presence to the midfield and consistency and I liked James more in his natural position of left-winger compared to the role I assigned to him in the first half.”

The Argentine added: “The first half of Cooper is very significant.”

In other news, Match of the Day pundits Jermaine Jenas and Martin Keown  have said that Romain Saiss should have been shown a red card for his challenge on Leeds winger Raphinha in the second half.

Jenas said: “If he gets a red card for that I’m not moaning at all. Dangerous or excessive force is what gets you a red card and I think Saiss is out of control there. He catches Raphinha high enough up on the leg.”

Keown said: “Yeah it’s bad, it’s excessive, dangerous and it’s careless. I’m not sure why it was only a booking. He should perhaps have been sent off for that.”