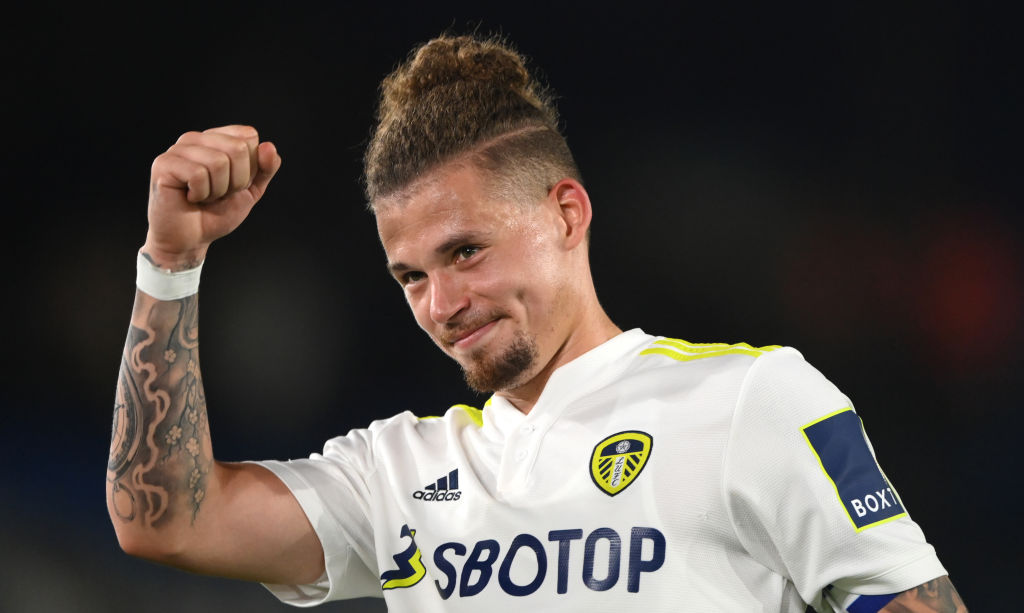 Kalvin Phillips has posted ‘RIP corner flag’ on his Instagram story after Rodrigo snapped it in half after scoring for Leeds on Saturday.

Leeds netted a stoppage-time equaliser against Wolves, with Rodrigo putting away the penalty, after Joe Gelhardt’s bursting run inside the box resulted in the referee pointing to the spot.

When Rodrigo put the goal away, he ran towards the corner flag in pure jubilation, and in the moment, he gave the corner flag a right good kicking that snapped it in half.

That was a much-needed point for the Whites and a morale-boasting goal for someone like Rodrigo, without Patrick Bamford in the side.

It may not be all three points for Marcelo Bielsa’s side, but they have avoided defeat and they were the better of the two teams at Elland Road yesterday.

But there is only so much comfort Leeds can take from that because they are hovering above that relegation zone, with only one win to their name.

The next stop is a League Cup tie against Arsenal, and Phillips, who was an unused substitute yesterday, will be looking to start.

That will then set Leeds up nicely for their possible early relegation clash against rock-bottom Norwich City next Sunday, who are by far the worse team in the Premier League right now.

Daniel Farke’s side will welcome the Yorkshire club without a win to their name in the league and having conceded seven to Chelsea last time out.

In other news, Jamie O’Hara says only 1 Tottenham player good enough for West Ham; not Kane