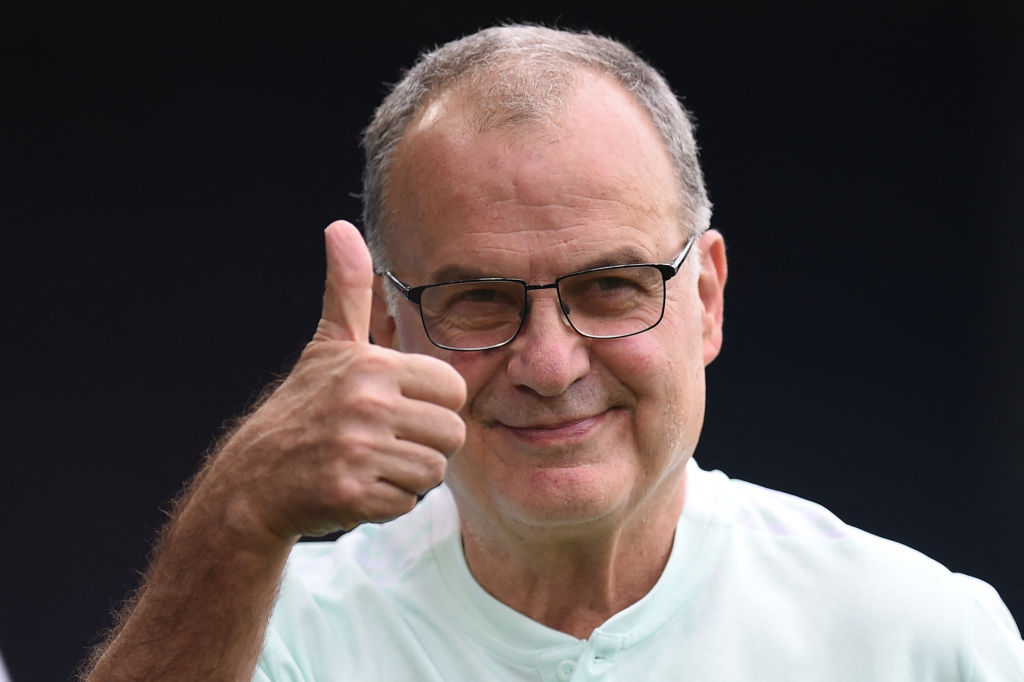 Taking to Twitter, the pundit claimed that the 19-year-old striker had similar traits to former United and England captain Wayne Rooney. Gelhardt was made a substitute appearance on Saturday against Wolverhampton Wanderers, and the teenager impressed.

The former Wigan Athletic youngster won the penalty that saw Leeds snatch a point from Wolves in the final minute. And to Higginbotham, Gelhardt is a talent to keep an eye on for the Yorkshire side.

Higginbotham posted in response to a Phil Hay tweet on Gelhardt: “Big talent mate. Saw a bit of him when he was at Wigan. So many similar attributes as Rooney.”

The Leeds youngster will likely have a role midweek against Arsenal in the League Cup. Furthermore, Marcelo Bielsa appears to be a big fan of Gelhardt. And the teenager could take advantage of the injury crisis currently plaguing the Yorkshire side.

Indeed, Patrick Bamford was unavailable for Saturday’s Premier League clash. Moreover, Raphinha could be out for some time after suffering an ankle injury over the weekend.

Higginbotham right to be excited by Leeds prospect Gelhardt

With the teenage striker starting to make a name for himself in the senior game, Higginbotham is right to be excited by the emergence of Gelhardt at Leeds. After all, the teenager has been sensational at youth level for some time.

And with the 19-year-old impressing on Saturday, there’s no doubt that Bielsa will hand the youngster more chances in the coming weeks with the injury issues at Leeds not looking any closer to being restored.

In other news, 'Too good for us': Some Everton fans can't believe Twitter post from £40m 'idol' after 5-2 loss