David Coote to take charge at Leeds United on Sunday

The three key players this club would love to start. Will it be Jammy Julian or the spirit of Neal?

Was the boss really watching the same game as us? Did anyone impress?

💬 "With the intensity they play with, it is going to be one of the biggest challenges we’ve faced"

Thomas Frank believes that Leeds United are bigger than Brentford

‘Reminds me of Pablo Hernandez’: Some Leeds fans in awe after seeing footage of Junior Firpo

‘Buzzing’: Jermaine Beckford excited by what he’s seen in the Under-23 setup at Leeds

Arsenal vs. Leeds United - Carabao Cup: Q&A with SB Nation’s Through It All Together
The Short Fuse 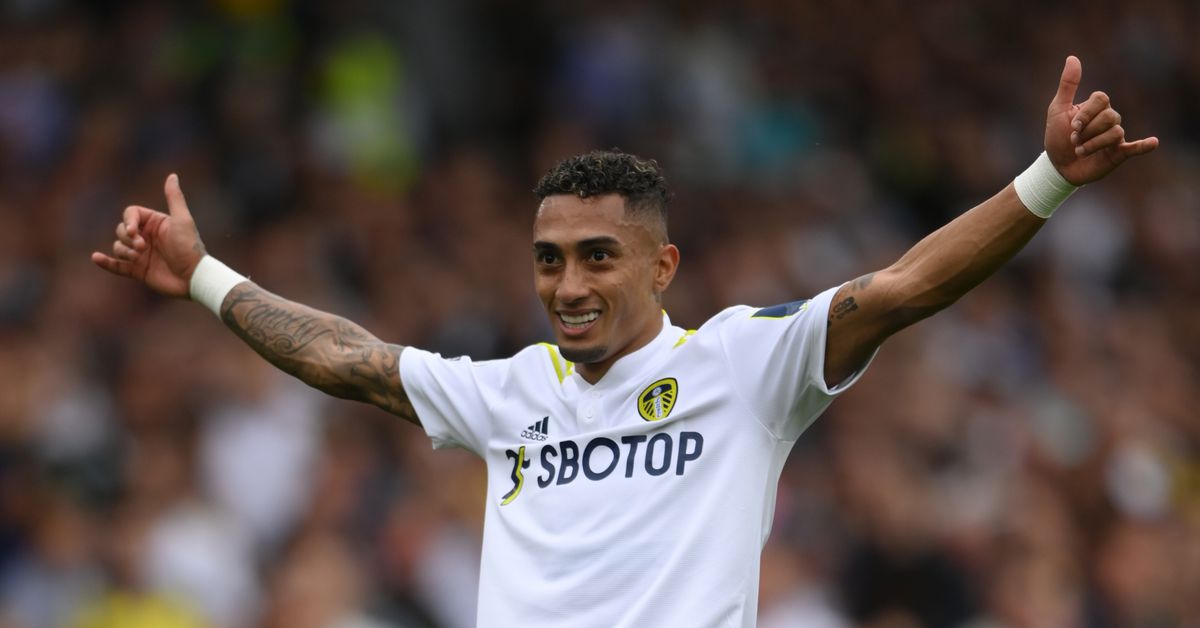 It’s been an easy road thus far for Arsenal in the League Cup, compared to the Premier League at least. The Gunners easily put West Bromwich Albion away behind a Pierre-Emerick Aubameyang hatrick on route to a 6-0 victory. Then Arsenal defeated League One side AFC Wimbledon 3-0 with goals from Lacazette, Smith Rowe, & Nketiah. It’ll be another home round for the Gunners as Leeds United visits with a spot in the quaterfinals on the line.

Like Arsenal, Leeds United joined the competition in the Second Round and were drawn against League One side Crewe Alexandra. It has scoreless at half time, before the Premier League side scored three goals in the final 15 minutes. In the Third Round, it went nil-nil into extra time as Leeds United needed a 6-to-5 advantage in penalities to see off Fulham.

So catch up on all things Leeds United I spoke with Ciaran O’Hare from SB Nation site Through It All Together to find out what has been causing this season’s poor start, expectations for the League Cup, Marcelo Bielsa’s future, and more.

TSF: It was an incredible run last season to see Leeds United back in the Premier League and finishing in 9th. Before we get into this year how was the feeling around the club and supporters this past summer having not only reached the top flight again but performed so well?

TIAT: On top of the world. I’ve never seen so much optimism that was actually warranted, given that I personally started supporting when Neil Warnock was in charge, and optimism among fans was for optimism’s sake. We had a great season, especially after such a brilliant run at the end having beaten Man City and secured survival.

TSF: This season has gotten off to a slow start, which we are familiar with here at The Short Fuse. Leeds have just seven points from their opening nine matches. What has been the biggest difference in fortunes compared to how the club began last year?

TIAT: Injuries to our small squad continue to be a primary issue. Not having a set defence has been really problematic, especially with the likes of Phillips and Llorente. Raphinha has taken a couple knocks too and so has Bamford, it’s really shaken those key areas of the team where our most unique and impactful individuals haven’t been available, nor been able to play off each other.

The poor run has also sparked a lack of composure going forward, which has killed creativity and the ability to control the midfield. More and more often we’re seeing the team lose second balls, and even if they win it, they’ll give it straight back. Positive results and good recovery can heal these problems but that’s easier said than done.

TSF: In the summer the club secured Jack Harrison from Manchester City, added Manchester United’s Dan James, and Junior Firpo from Barcelona, among others. Which of those or which addition do you expect to have the biggest impact on the club?

TIAT: Its difficult to say - Firpo hasn’t been convincing so far, Dan James is one of the few new signing to be thrown into the deep end, and Harrison’s had it tough so far along with everyone else in terms of performance levels.

It’ll take some time to see how they fare, but I’m ultimately unsure about just how well James fits. Yes, he’s dangerous on the counter attack, but is he the man to produce a bit of magic against a set defence like Raphinha might? No, not from what I’ve seen, even before he signed for Leeds. Hopefully he proves me wrong.

TSF: In the League Cup, Leeds United first beat Crewe Alexandra 3-0 before needing penalties to see off Fulham in the last round. How seriously do you believe Bielsa is taking the competition and it is something the fans want the club to push for, in order to get a trophy this year?

TIAT: Honestly, Bielsa has always talked about respecting the competition, but I’m not sure he’s all that bothered, which is understandable. Especially given the start we’ve had, keeping our 1st team fit and ready for the league is crucial.

For the fans, a trophy would mean the world, but giving the u23s a chance also means a lot to the supporters. Joe Gelhardt, Charlie Cresswell, Crysencio Summerville, Lewis Bate, and former Gunner Sam Greenwood are among them. So talented, but won’t go out on loan, and therefore really need to get game time.

TSF: Given the start and looking at the current squad, what is your prediction as to where Leeds United will finish this season in the Premier League?

TIAT: Personally, I’m not one for predictions, and to be honest I’d struggle to give you one anyway. It all depends on fitness and our coming run of results. We need to find our mojo again, and maybe somebody like Gelhardt following his contribution v Wolves can provide the much needed spark. As long as we stay up, we’re happy. Radrizzani said himself: this season is another consolidation job, next season (if successful) we can go big.

TSF: While the club made some solid additions this summer, if this form continues, what changes or gaps in the squad would you expect Leeds to address during the January transfer window?

TIAT: Central midfield is a big one. The last two summers we didn’t manage to make that marquee signing in the middle despite coming close. Other than that, it would take a big injury for Leeds to make big moves in January, as we rarely attack the winter window. I think Bielsa has trust in the young players, and they may well get a chance before January before he makes a decision on signings.

TSF: This is the fourth season for Marcelo Bielsa in charge at Leeds United. From the outside, given their promotion and finishing the top half of the Premier League, it would seem like he’s achieved whatever goals the club set from his signing. How long do you think he stays at Leeds as the team now moves into the stage of stabilizing their spot in the Premier League?

TIAT: Another difficult question, I never would’ve guessed he’d still be here, even though it seems like a no-brainer. At the same time, Bielsa described Leeds as his “forever job”. As long as the board keep him happy, and he continues to believe in his ability to keep Leeds progressing, he could stay for years, but I wouldn’t count on it, knowing Bielsa. He’s in his mid-60s and living away from his family on the other side of the world - eventually he’ll want to return home and stay there. God knows when that time will come though.

TSF: Given the switch in competitions it may be harder to know what Bielsa’s plans are, but give us your best guess at the starting lineup and formation for Tuesday.

TSF: If the Cup match ends up primarily featuring backups and/or younger players, give us the player to watch out for who you believe is beginning to break through or has the potential to?

TIAT: Gelhardt’s your man here - I could give you a few names but this lad has got something special about him. His close control, his confidence, technical ability and his fit with the style as a striker or centre-mid is quite remarkable. He just needs to use this wave he’s on to keep pushing, get a goal and who knows what might happen.

TSF: And, finally, give us your prediction on the scoreline.

TIAT: Again, I’m rubbish for predictions. It really depends on the lineups, but I can’t say I’m particularly confident either way. I won’t cop-out though, I’d say 2-0/2-1 to Arsenal on this one. Hopefully Leeds prove me wrong and go get a result.

Thanks to Ciaran O’Hare and Through It All Together.