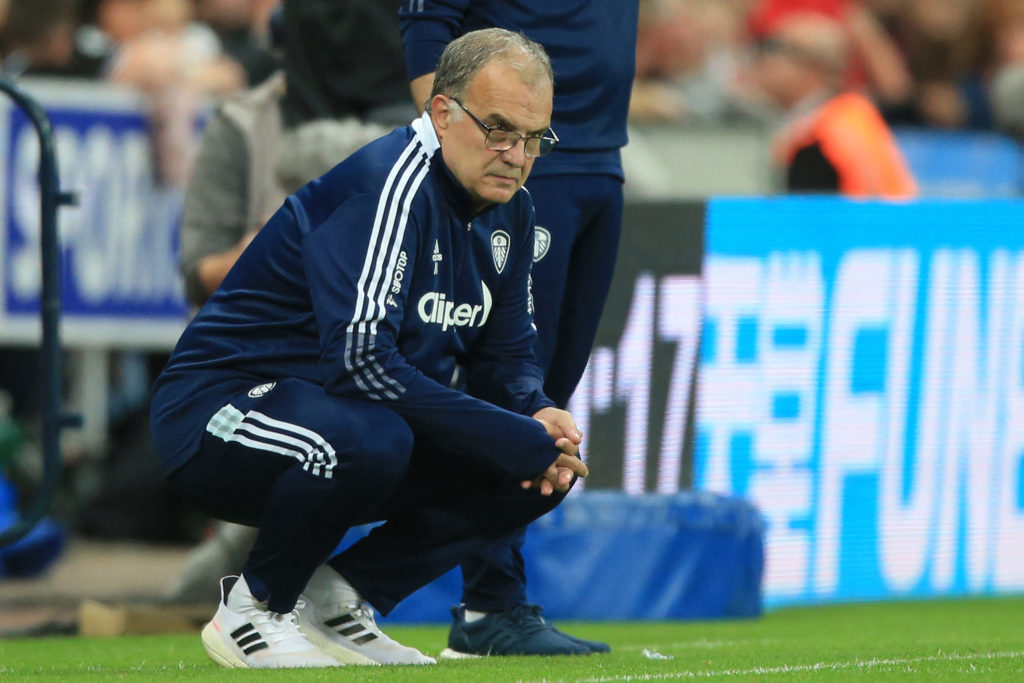 Marcelo Bielsa has admitted he has had second thoughts over Leeds United’s small squad size after seeing a number of players sustain injuries this season, via quotes by Leeds Live.

Leeds will face Wolves at Elland Road in the Premier League on Saturday with a handful of key men missing. Patrick Bamford, Luke Ayling and Robin Koch all remain sidelined, while Kalvin Phillips has only just returned to training.

The spate of problems players have developed this term have counted towards the Whites’ poor start to the season. Bielsa has overseen just one win and three draws in Leeds’ eight Premier League fixtures so far. They have also conceded 15 goals, the third-most to date.

Watford have also allowed 15 goals, only Newcastle United (19) and Norwich City (16) have shipped more. Additionally, the Hornets and Leeds have both only scored seven times, the fourth-lowest top-flight haul so far this season.

Losing key players to injury has forced Bielsa to rotate his Leeds side more often than the Argentine may like. The Whites have utilised the services of 22 players over their opening eight games. Only Illan Meslier, Liam Cooper and Stuart Dallas have started all eight.

In contrast, Bielsa only awarded 23 players minutes across Leeds’ 38 top-flight games last term. Dallas (3,411), Luke Ayling (3,400) and Meslier (3,150) also played the most minutes. While Bamford joined Dallas and Ayling as the only players to feature in each league match.

Bielsa admits he has thought about the size of Leeds’ squads this term, given the number of injury problems. But deems his opinion on the subject irrelevant as the stats are evident.

“We suffered a lot of injuries, and sometimes simultaneously and in the same position. It does not matter, my opinion, because my opinion can be mistaken. [But] there is evidence that allows you to not make a wrong conclusion.”

Of the 23 players to feature for Leeds in the Premier League last season, Bielsa gave seven less than 500-minutes. Two also played fewer than 40-minutes. While Ian Poveda made his 341-minutes over 14 substitute outings, and Jamie Shackleton started three of 13 matches.

In other news, Report: The secret two-word nickname Newcastle's players gave Steve Bruce before his sacking