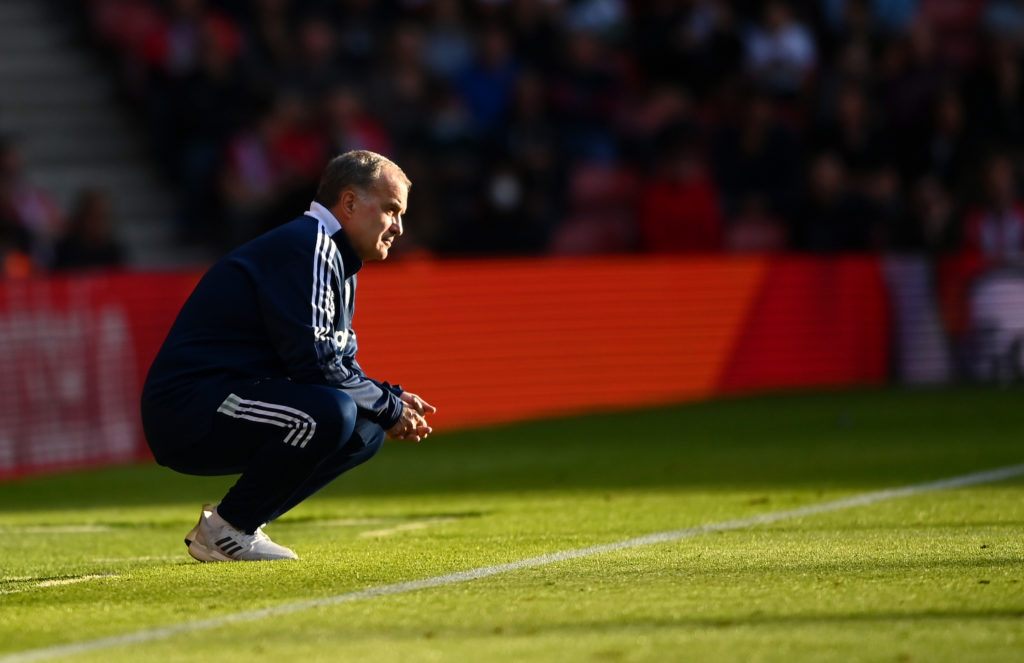 Marcelo Bielsa revealed at his press conference on Thursday that Robin Koch is unlikely to feature for Leeds United for another month through his injury, via quotes by Leeds Live.

The Whites have been without Koch for their last nine fixtures, with the 25-year-old only featuring against Manchester United. He played the full 90-minutes during the 5-1 defeat on the opening day of the Premier League season.

But Koch developed an issue around his pubic bone area and required surgery on his hip. German publication Bild reported the operation was a success, and noted he could return to action soon. But Bielsa is not expecting to see the centre-half at Elland Road imminently.

Bielsa also shared Luke Ayling and Patrick Bamford will join Koch is sitting out Leeds’ next few fixtures through injury. Ayling required surgery on a knee problem, while Bamford has missed four games across all competitions with an ankle issue.

“Ayling and Bamford are not going to be here for the next two games,” he said. “Raphinha is back and acclimatised [after representing Brazil]. Koch still has at least one month to go.”

Leeds host Wolves at Elland Road this Saturday before visiting Arsenal in the Carabao Cup on Tuesday night. Bielsa’s claim would suggest Ayling and Bamford will return for selection when the Whites visit Norwich City in the Premier League on October 31.

Bielsa ruling Koch out for at least another month will come as a blow for Leeds, despite the positive reports. The £13m arrival from Freiburg in 2020 endured a disrupted debut season in West Yorkshire and would have hoped to put his injury problems behind him this term.

Koch only started 13 of his 17 Leeds appearances in 2020/21, each coming in the Premier League, after knee surgery. The operation kept the eight-cap Germany international out of action for four-months and Bielsa would have feared a repeat absence. Especially with the Whites producing a leaky defensive record this season with 10 shipped since losing Koch.