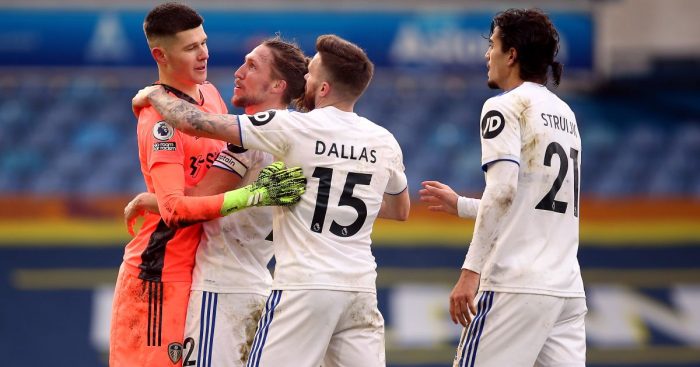 The talented 21-year-old has shone at Elland Road and is now attracting interest from a host of top clubs, with Liverpool joining Juventus and AC Milan in taking a serious look at him.

Meslier is seemingly being lined up as a long-term replacement for Alisson at Anfield, but Todo Fichajes claim that Jurgen Klopp would initially like to sign him to provide competition for the Brazilian as number one.

Liverpool fans will surely be happy with the job Alisson is doing, but it might be worth thinking about bringing in a top young ‘keeper like Meslier to come in as an alternative in some games.

Eventually, the French shot-stopper does look like he’d be good enough to replace Alisson in the Liverpool goal.

Juve and Milan could perhaps also do with thinking about long-term signings for that position, with both hit hard by the recent departures of Gianluigi Buffon and Gianluigi Donnarumma, respectively.