‘What about?’ Amanda Staveley told to bring £50k-a-week Leeds star to Newcastle
HITC 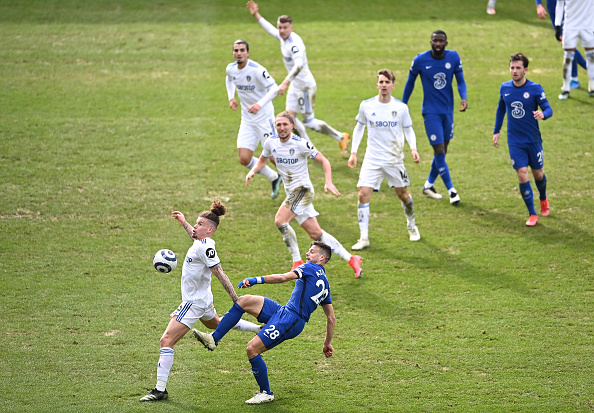 Chris Waddle has urged Newcastle United to make a bid for Leeds United midfielder Kalvin Phillips, as quoted in The Sun.

Among the many players Waddles has urged Amanda Staveley and co to bid for is Leeds and England international midfielder Phillips.

Waddle wrote in The Sun: “Test them. Could you get somebody like Eden Hazard out from Real Madrid? On loan even until the end of the season and then pay a fee.

“And then do you test teams like Arsenal for your people like Emile Smith Rowe What about Kalvin Phillips at Leeds? Declan Rice. Marco Asensio at Real Madrid.

“There are so many talented players at a good age, and this is what it’s about.”

We all know that money talks, but we find it hard to envisage Leeds selling Phillips in the January transfer window.

Leeds owner Andrea Radrizzani has already spoken against the takeover of Newcastle by PIF.

It is unlikely that Radrizzani will sell the 25-year-old to Newcastle, especially in the middle of the season.

The midfielder’s agent has said that the Englishman wants to stay at Leeds and is close to signing a new contract.

The Mirror have claimed that Phillips now earns £50,000 per week as salary at Leeds.

There is no reason for Phillips to leave his boyhood club Leeds now.

In other news, ‘Good club for him’: Wilshere thinks £25m player was right to leave Arsenal