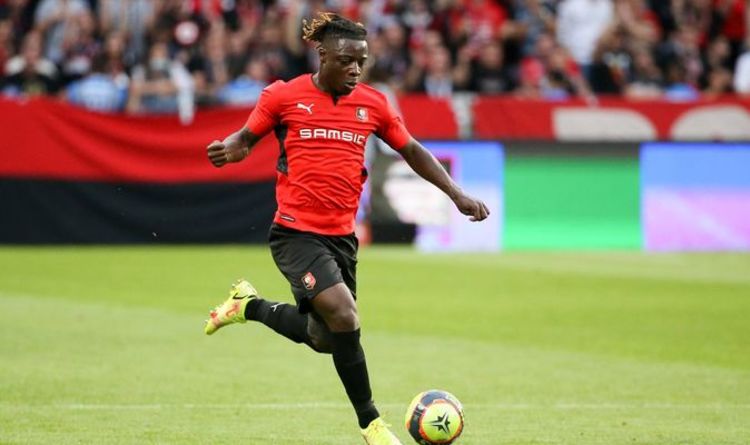 Liverpool appear to have ignored a transfer message sent by Fabinho about signing Leeds star Raphinha. Instead, the Reds are reportedly set to make a move for Rennes winger Jeremy Doku in next summer’s transfer window.

Raphinha has starred for Leeds since joining them ahead of their first season back in the Premier League last year, scoring six goals as they finished ninth.

The Whites are enduring a challenging campaign in their second year in the top-flight, but Raphinha has still scored three goals in seven appearances.

Those performances saw him called up to the Brazil squad for the recent set of World Cup qualifiers, ensuring he linked up with Liverpool star Fabinho.

And the midfielder encouraged Jurgen Klopp to make a move for the Leeds man, who was linked with the Reds in the summer window.

“Raphinha, since he arrived in the Premier League, has been performing and standing out very well at Leeds,” Fabinho said.

“Even in the summer transfer market there was some talk that he could go to Liverpool, I even expected that to happen, but he stayed at Leeds.

“Today he is the best player in Leeds. Whenever a team is going to play against them, they know that Raphinha is the player who can cause the most danger.”

But it looks like Fabinho will be ignored by Liverpool’s recruitment team, with Raphinha set to be overlooked in upcoming transfer windows.

Instead, RTL Sport report that the Reds will look to target Rennes winger Jeremy Doku, who has impressed in Ligue 1.