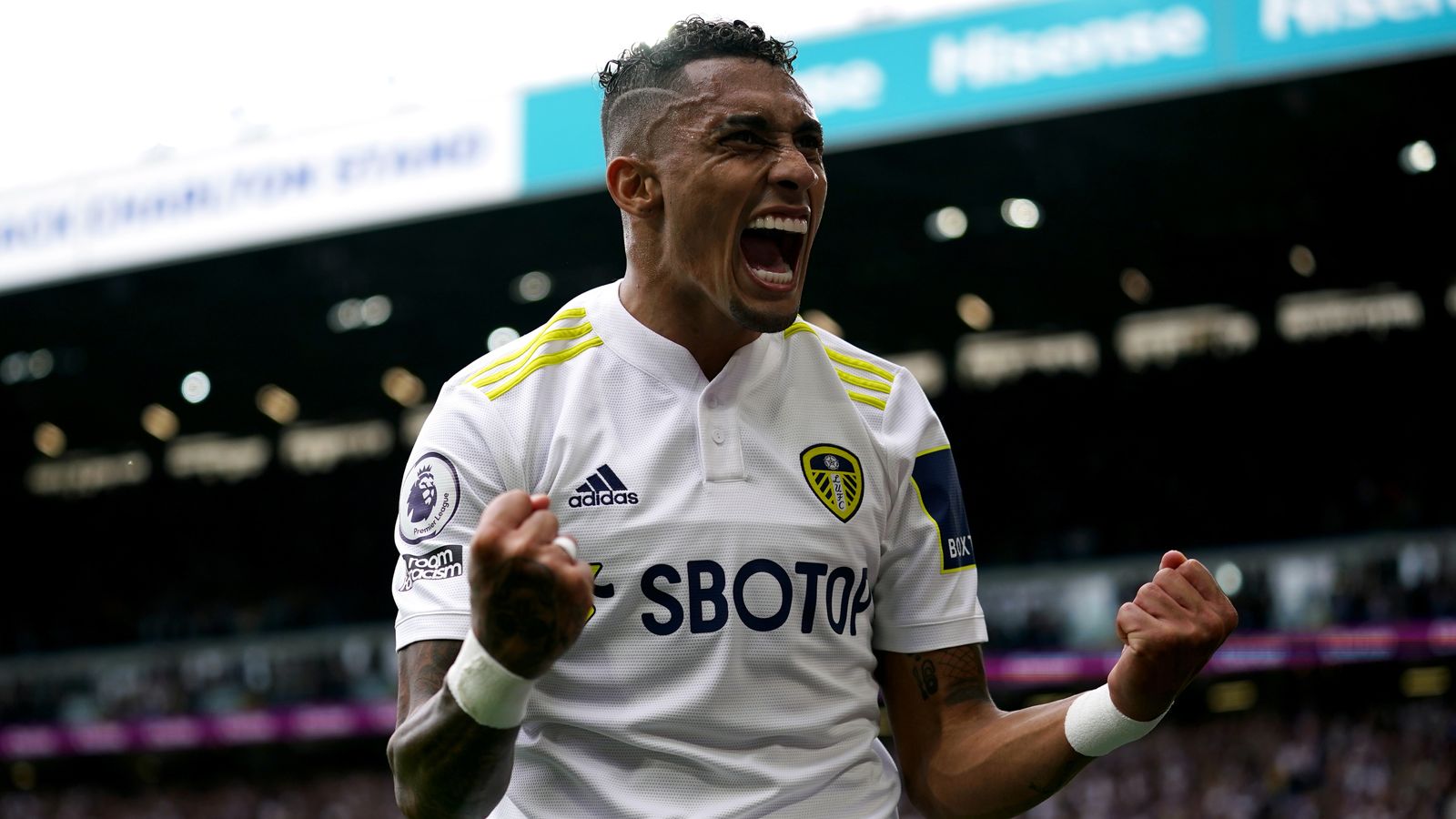 Leeds winger Raphinha is admired by Liverpool, his agent the former Barcelona and Chelsea star Deco has said, but the player remains happy at Elland Road.

Raphinha has impressed since joining from Stade Rennais in 2020 and was recently called up to the Brazil squad for games against Venezuela, Colombia and Uruguay - their opponents in the early hours of Friday morning.

Deco insists his client has "really stood out in the Premier League" and believes he will go on to play for the world's top clubs, but the 24-year-old still has three years left on his contract in Yorkshire.

"There are certainly many clubs interested in him," Deco told Globo in Brazil. "Liverpool do like him and there were some approaches, but nothing official. Leeds wanted to keep him for another season.

"Raphinha is happy at Leeds, but there will certainly come a time when he wants to take a step up in his career and move forward. He has three years left on his contract, but there's nothing in it that states how long he must stay for or that prevents transfers.

"Leeds are aware of that and will want to sell him for a big sum, while Raphinha will end up progressing in his career.

"There's a market for Raphinha and Leeds have very high expectations. There's never been a rush in terms of the project.

"He's ambitious to play at a higher level, despite Leeds being in the Premier League, but it's not the right time (to talk about that) and that's not what he's focused on. Things will take their course naturally."

Leeds boss Marcelo Bielsa has still not ruled Raphinha out of Saturday's Premier League game at Southampton - a 3pm kick-off - despite his involvement with Brazil.

"There is no doubt that it's a short turnaround," Bielsa said. "The options he has to participate in the game on Saturday depend on whether he plays this final game, how many minutes he plays, how he finishes the game after participating in it and how efficient his rest in the next 36 hours is.

"Considering that a third of those hours he will spend on a flight and if there is any risk that fatigue could cause injuries, then we won't risk it. There are so many aspects to consider that I can't offer you any certainty either way."