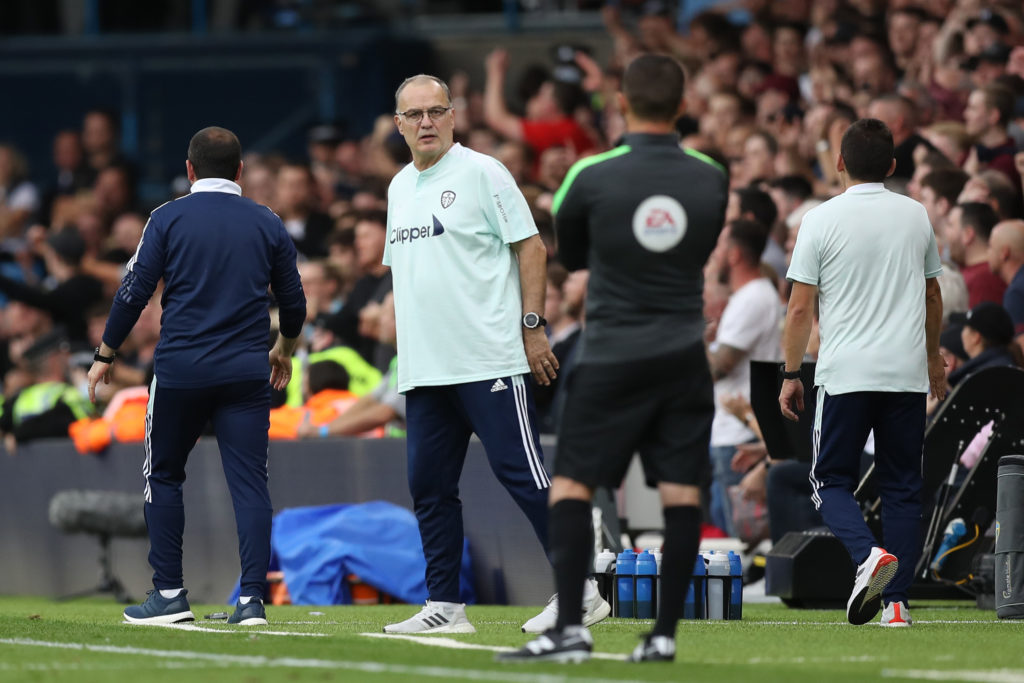 Marcelo Bielsa has admitted that Leeds United are struggling in front of goal in the Premier League this season and would like to see his players improve in two areas, via Leeds Live.

The Whites travel to Southampton on Saturday as they return to top-flight action after the September international break. The Saints are one of four remaining winless teams so far this term, after Leeds broke their duct against Watford.

Leeds beat the Hornets 1-0 at home last time out, following three draws and three defeats to start the campaign. But Diego Llorente’s 18th-minute hit was only the Elland Road side’s seventh Premier League goal over their opening fixtures.

Bielsa accepts Leeds’ lack of goals is concerning as he waits on Patrick Bamford to make his return from injury. The striker has missed the Whites’ last two league games with an ankle issue and will not face Southampton.

Nonetheless, Bielsa feels United can cope while without Bamford, but wants to see Leeds improve in two areas. Addressing their lack of chances created and use of those they do.

“I don’t think it depends on Patrick,” Bielsa said. “We construct our offensive game in a collective manner. Of course, having a player that converts the chances increases the possibility of getting more goals.

“You asked me if it worries me, I say yes. I would like that we create more chances at goal and increase the efficiency.

“Both things have a margin for improvement and, of course, if Patrick were here, we would enjoy the contribution that he makes. But in a parallel way, we are ready to be at the same level in the games when he is not there.”

Can Leeds improve their offensive record like Bielsa wants without Bamford?

Bielsa is right to be worried about Leeds’ attacking efforts in the Premier League so far this season. They rank fifth in the division for total shots taken (105) but 13th for goals scored, per WhoScored. Just 31 of their attempts on goal have also found the target, compared to 44 which missed. Only Manchester United (47) and Liverpool (46) have missed more often.

Leeds also average 15 shots-per-game (fifth-most) with 4.4 on target (eight-most). Tallies they actually beat against West Ham (15 total, five on target) and Watford (20 total, but four on target). So, Bielsa may find a solution without Bamford, as long as Leeds improve their efficiency in front of goal.