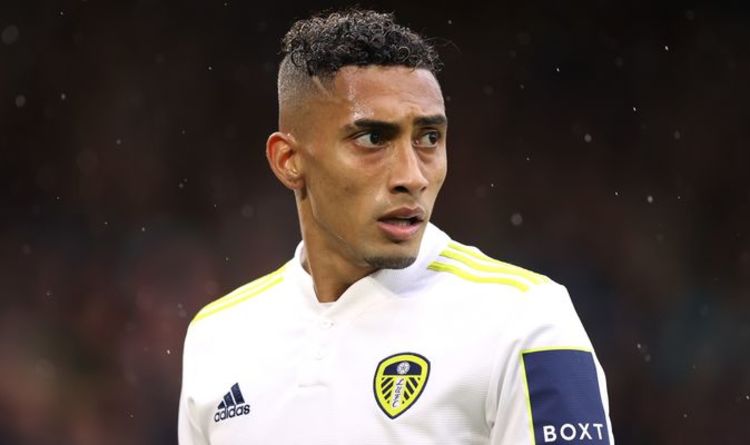 Leeds United winger and reported Liverpool target Raphinha would be open to testing himself at the highest level in the near future, according to his agent. Raphinha was heavily linked with a move to Anfield during the summer transfer window, but ultimately remained in Leeds.

He has emerged as one of the club's most important players during their latest stint in the Premier League, making 30 appearances in the competition last season.

Raphinha has since featured in every game of the new campaign to date, chipping in with three goals in the process.

He only joined Leeds last summer in an £18million move from Rennes, but has already been linked with a big-money move elsewhere.

Liverpool were said to be keenly interested in his services during pre-season, with Jurgen Klopp reportedly looking to bolster his attacking ranks.

However, a move to Merseyside failed to come to fruition, with the Reds channelling most of their resources into long-term contract extensions for a number of their existing stars.

JUST IN: Newcastle told Jose Mourinho is only option for 'instant success'

Raphinha has been linked with a move to Liverpool for some time (Image: GETTY)

They are still believed to be keeping tabs on Raphinha ahead of the January window, and his agent has now revealed that an Anfield switch could soon emerge as a genuine option.

Deco, the former Barcelona and Chelsea midfielder who represents Raphinha, told Globo Esporte that his client is happy at Leeds but would consider the possibility of stepping up to an elite club if the opportunity presents itself.

"He has ambitions to play at a higher level despite Leeds being in the Premier League," explained Deco.

"But this is not the time and his focus, things will happen naturally. Raphinha is happy at Leeds and for sure the time will come to take the biggest leap in his career, to take a step forward.

"He has a three-year contract, but it’s not the contract that defines the length of stay or prevents a transfer.

"Leeds are aware, they’ll want to make an important sale, and Raphinha will end up growing in his career.”

Deco went on to admit that Liverpool expressed an interest in signing Raphinha over the summer but were quickly shut down by Leeds, who were unwilling to sell their man after just one season at the club.

"Raphinha became an important player in the Premier League, the club knows he has grown and things will happen naturally," he added.

Liverpool only signed one new player during the summer months (Image: EXPRESS)

"He is young, he has many challenges ahead, there are certainly several clubs that like him, and Liverpool do like him.

"There were approaches, but nothing official. Leeds wanted to keep him for another season."

It remains to be seen whether Liverpool will go back in for Raphinha at the turn of the year, with the Leeds man still under contract until 2024.

He has racked up a total of 38 appearances for the Yorkshire club since making the switch to England, scoring nine goals and providing another nine assists.