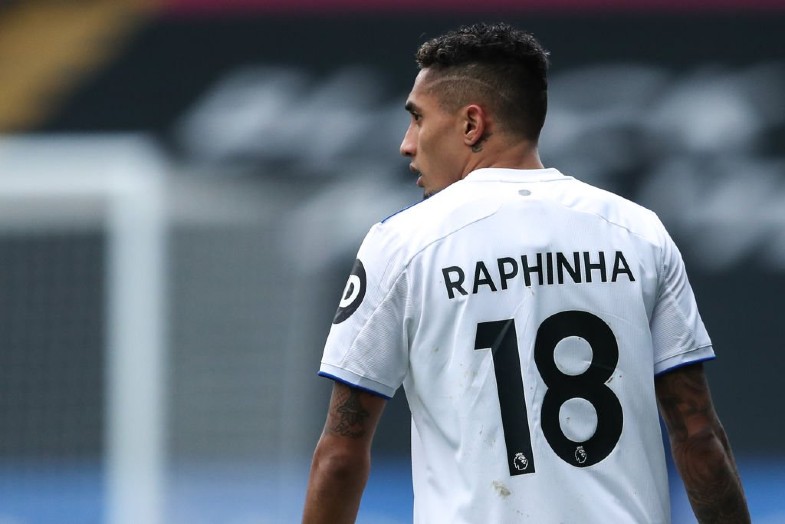 Despite joining the Whites just over 12-months ago following a £16.7m move from French side Rennes, Raphinha, 24, has had an instant impact at Elland Road.

Widely regarded as one of his side’s most important players, the South American’s on-field contributions, which includes nine goals and nine assists in 38 matches, are understood to be catching the eye of some of England’s biggest clubs.

Both Liverpool and Manchester United have previously been credited with having an interest in the 24-year-old, however, according to the player’s agent, it appears Jurgen Klopp has been the manager most serious about signing him.

Speaking recently to GE, when asked about his star client’s future, former player turned agent, Deco, said: “Raphinha has become an important player in the Premier League, the club knows he has grown and things will happen naturally.

“He’s young, he has many challenges ahead, there are certainly several clubs that like him, and Liverpool do like him, there were surveys, but nothing official. Leeds wanted to keep him for another season.”

Raphinha has been one of Leeds United’s best players since he joined from Rennes just over 12-months ago.

Going on to address the possibility of the winger securing a bumper transfer sometime in the future, Deco, who admitted Leeds United will demand a hefty fee, said: “Raphinha is happy at Leeds and for sure the time will come to take the biggest leap in her career, to take a step forward.

“He has three more years of contract, but it is not the contract that defines the length of stay or prevents transfer.

“Leeds is aware, he will want to make an important sale, and Raphinha will end up growing in his career.”

While the Reds appear to be sounding out Raphinha, they face their own dilemma when it comes to right-sided attackers.

Current superstar Mo Salah is out of contract in the summer of 2023 and although the Egyptian is understood to be speaking with the club about extending his stay, no renewal has yet been agreed.

Should Liverpool see their top goalscorer move on, Klopp could certainly do a lot worse when it comes to a replacement than Raphinha.