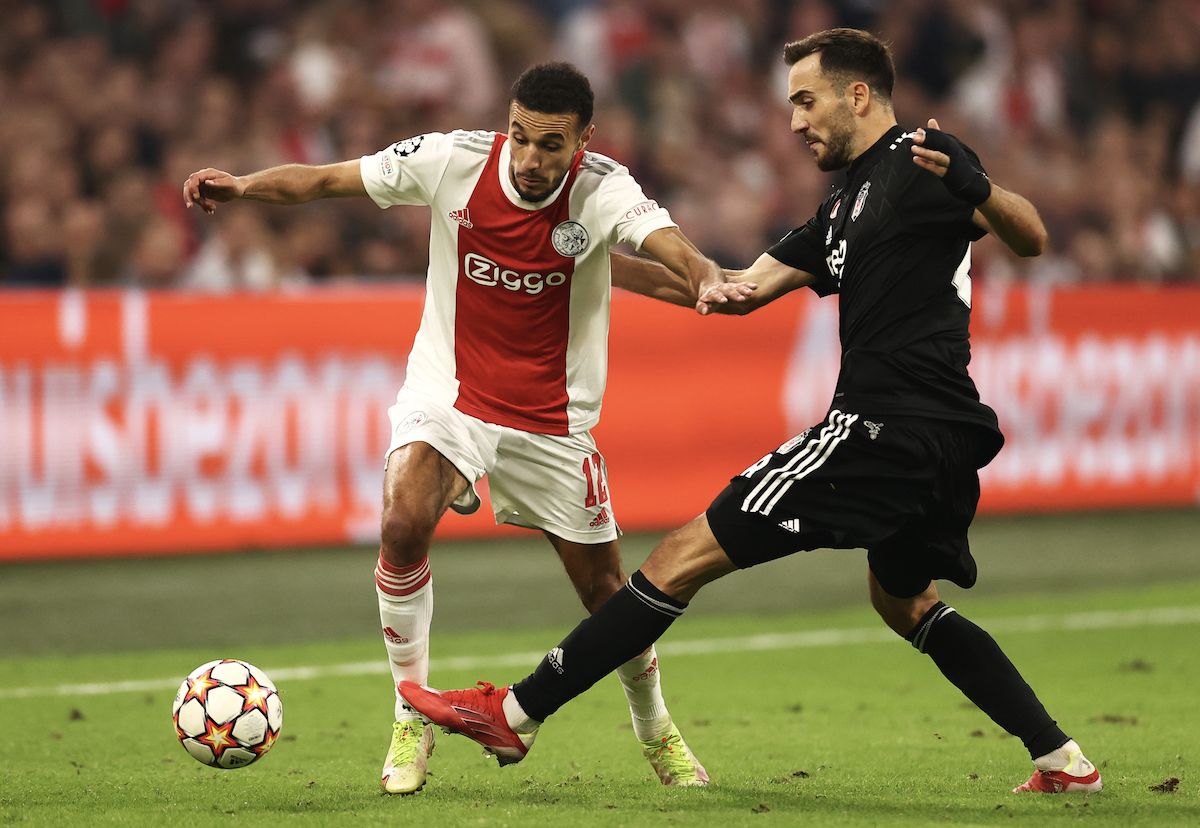 Ayling, 30, has been a mainstay in Marcelo Bielsa’s first-team throughout their days in the Championship, as well as during their first season back in the Premier League.

However, with the veteran defender being his side’s only outright right-back, the Whites are reportedly looking to provide the 30-year-old with some cover.

That’s according to a recent report from Football Insider, who claims the Yorkshire-based club are interested in signing Ajax defender Noussair Mazraoui.

However, with his contract set to expire in less than 12-months time, the full-back faces an uncertain future in Holland’s top-flight.

Speculation surrounding whether or not the 23-year-old will look for a new challenge has recently been amplified after the defender opted to be represented by super-agent Mino Raiola.

Raiola’s ability to secure his clients high-profile transfers is well-known. Previous examples of Raiola luring his clients away from Ajax have included transferring centre-back Matthijs de Ligt to Juventus in 2019 in a deal worth £77m.

Should Leeds United look to capitalise on Mazraoui’s current situation, as well as his agent’s influence, they could be the beneficiaries of some shrewd business due to the player’s eligibility to speak to foreign clubs as early as January 2022.