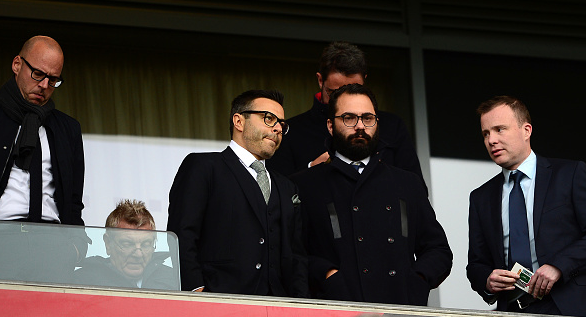 With Marcelo Bielsa renewing his contract at Leeds United on a yearly basis, those in charge at Elland Road need to make contingency plans just in case the Argentine decides enough is enough.

While he might have a couple of years left in him, the former Chile national team manager is also known for his rash decision making, meaning Victor Orta and Andrea Radrizzani need to be constantly prepared.

Many names have been put forward, but there is one that few have mentioned, and that’s Diego Martínez.

The 40-year-old manager recently ran down his contract at Granada CF, where he achieved great things, taking them to seventh in their first season back in La Liga following their promotion, before keeping them in the top half as they finished ninth last year, ahead of the likes of Athletic Bilbao and Valencia.

Estadio Deportivo have an article on the Spanish manager, explaining he has a plan, and that’s to manage in the Premier League.

While he had many offers this summer, ‘none of the projects ended up satisfying Martínez’ as he moved to England ‘to soak up the British football philosophy, as well as perfect its language’.

Often going to stadiums to analyse the game on show, the manager recently rejected the likes of Levante and Getafe to pursue his dream.

Furthermore, it’s made clear he doesn’t want to take over a team ‘in the middle of the season’, wanting to preferably ‘wait until next summer to then be able to settle on an English bench’.

That’s why Leeds come into the picture, with Estadio Deportivo explaining that ‘everything indicates [Bielsa] will not follow the course in Leeds at the end of his contract’, meaning Victor Orta, ‘who knows Diego Martínez very well, would have thought’ of him.

However, seeing as ‘there is still long way to go’, the manager will simply ‘continue to soak up the Premier to finish achieving his dream’.

Whether that’s at Elland Road depends entirely on Bielsa, but if the Leeds manager does call it quits at the end of the season, it appears Orta already has a specific name on his list.