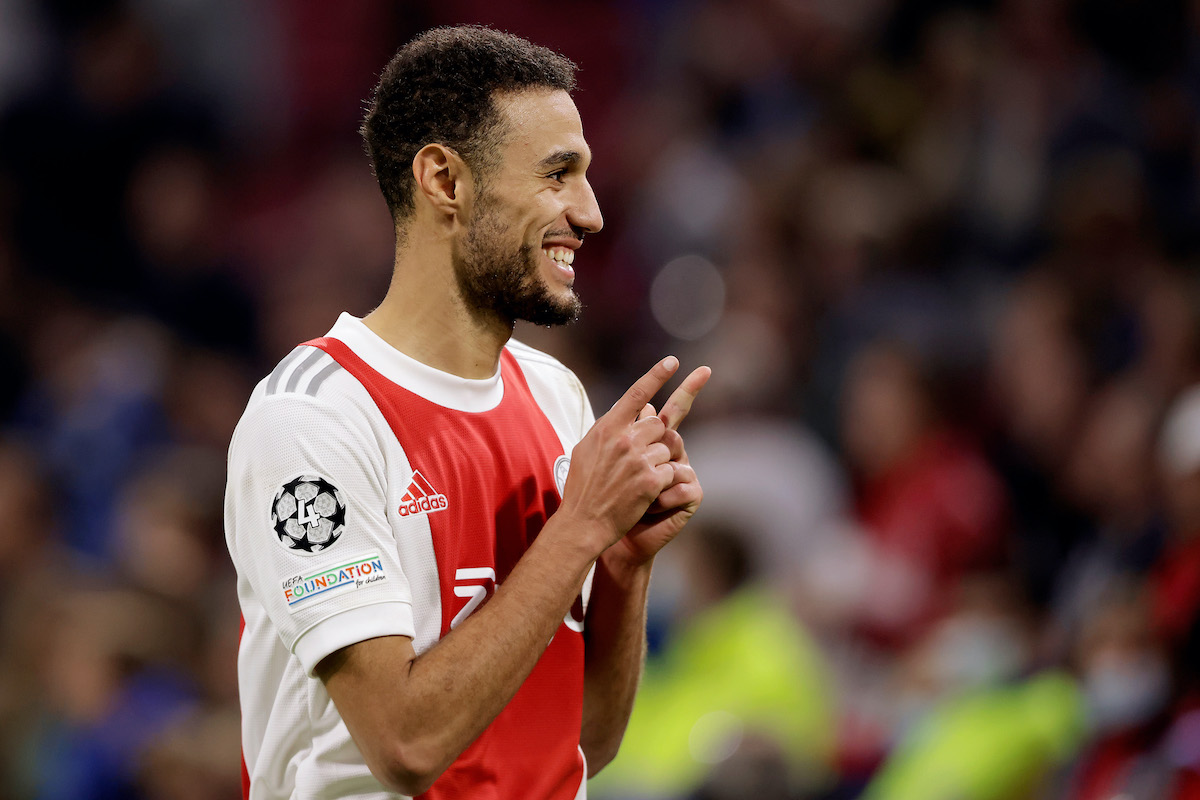 Leeds United are keeping tabs on Ajax defender Noussair Mazraoui ahead of his contract expiring next year, Football Insider understands.

The Morocco international, 23, has a deal at the Johan Cruyff Arena that expires at the end of the season and has just hired super agent Mino Raiola as his new representative.

That has opened the door to a major move for Mazraoui and a Leeds source has told Football Insider he is on their radar as they eye potential right-backs.

The Whites are looking at options in that position with Luke Ayling – currently out injured – the only senior orthodox right-back at the club.

The likes of Stuart Dallas and Jamie Shackleton have both filled in impressively in that position at various times.

But Ayling turned 30 in August and his contract expires in the summer of 2023.

Leeds could look to bring in proven competition and cover for Ayling in that position and are assessing potential targets.

Mazraoui has extensive top-level experience, which include 12 Morocco caps and 113 Ajax appearances, many of them in Europe’s top competition.

He started all six of Ajax’s Champions League matches last season, as well as their two against Besiktas and Sporting Lisbon this term.

The defender has begun the season in barnstorming form for Ajax, remarkably scoring four league goals as well as supplying three assists.

The Dutch club face a battle to keep hold of Mazraoui, who can sign a pre-contract with a foreign club in the January window.

He has also been linked with the likes of Arsenal and Roma.