Leeds hits back at 'jealous' Welcome to Hull sign after jibe

Hull City have 'moved' for signing - Yet to close deal, likely dependent on Ilıcalı takeover

ON THE ROAD WITH CAZOO: HULL CITY | UNSEEN FOOTAGE FROM EVERTON'S FA CUP WIN AT THE MKM STADIUM!

Hull 2-3 Everton: Rafael Benitez not worried over future despite fans' banner calling for his exit

Everton at Hull City: FA Cup starting lineups, & How to Watch | Mykolenko starts in a 5-4-1

Everton line-ups as Patterson and Mykolenko decisions made for Hull

Everton at Hull City: Tactical Preview | Can we finally dominate a game of football? 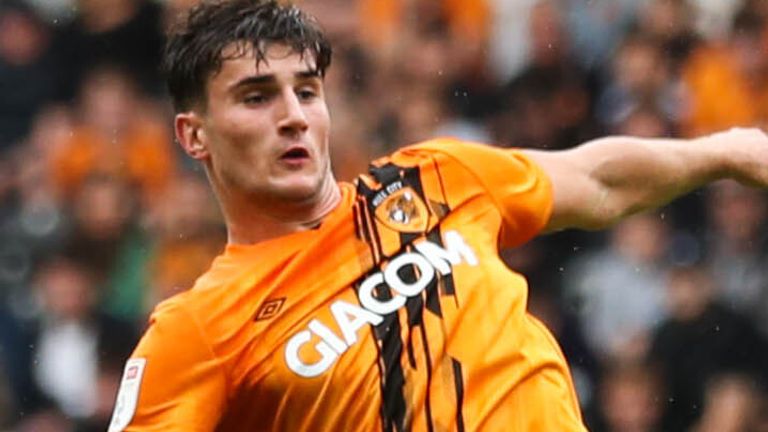 George Honeyman and Ryan Longman were on the scoresheet as Hull made it four league wins on the spin with a 2-1 victory over Millwall at the MKM Stadium.

Honeyman put the home side ahead in the 29th minute but Millwall drew level on the stroke of half-time thanks to Tom Bradshaw.

Hull were not to be denied though, and Longman struck what would prove to be the decider nine minutes into the second half as City continued their winning streak.

After a scrappy opening few minutes in blustery conditions, the first chance of the game fell to the visitors on the 10-minute mark. Jed Wallace delivered a cross from the right onto the head of Benik Afobe who headed just over the crossbar from close range.

Just a matter of minutes later, Gary Rowett's men came close again to making the breakthrough. Sheyi Ojo won possession in midfield and slipped in Afobe, who forced a good save from Hull goalkeeper Nathan Baxter.

Millwall were made to pay for those missed chances when Honeyman broke the deadlock for the hosts.

A well-worked move started when Greg Docherty shifted the ball out to Jacob Greaves on the left who put it on a plate for Honeyman to nod past Bartosz Bialkowski from close range.

The Tigers' tails were up after scoring the opener and almost mustered a second five minutes before the half-time whistle. Josh Magennis did well to shake off the Millwall defence before sending a deflected effort just wide of the far post.

However, against the run of play, the Lions drew level just before the interval through Bradshaw.

A slick breakaway started with a defence-splitting pass from Afobe who set Bradshaw away in acres of space and he coolly slotted home.

Neither side made any changes at the break and Hull started in similar fashion to how much of the first half went, Magennis flashing a low cross into the Millwall box before it was cleared for a corner.

But Millwall had ambitions of their own to take the three points back to south London and almost nicked the lead when Wallace fashioned a cross for Bradshaw who was denied his second of the game by Baxter.

Less than a minute later, the Tigers had regained their advantage.

A Hull corner made its way out to Magennis and his initial shot was parried into the path of Longman to net his first goal for the club.

Millwall started to put their foot on the gas in search for another equaliser and were unlucky not to find it after another quick breakaway.

George Saville found the feet of Danny McNamara who was denied by Baxter and the City keeper was there again from the resulting corner to get in the way of Saville's goalbound header.

Hull withstood some late Millwall pressure to claim the three points, a result which leaves the Lions winless in four.