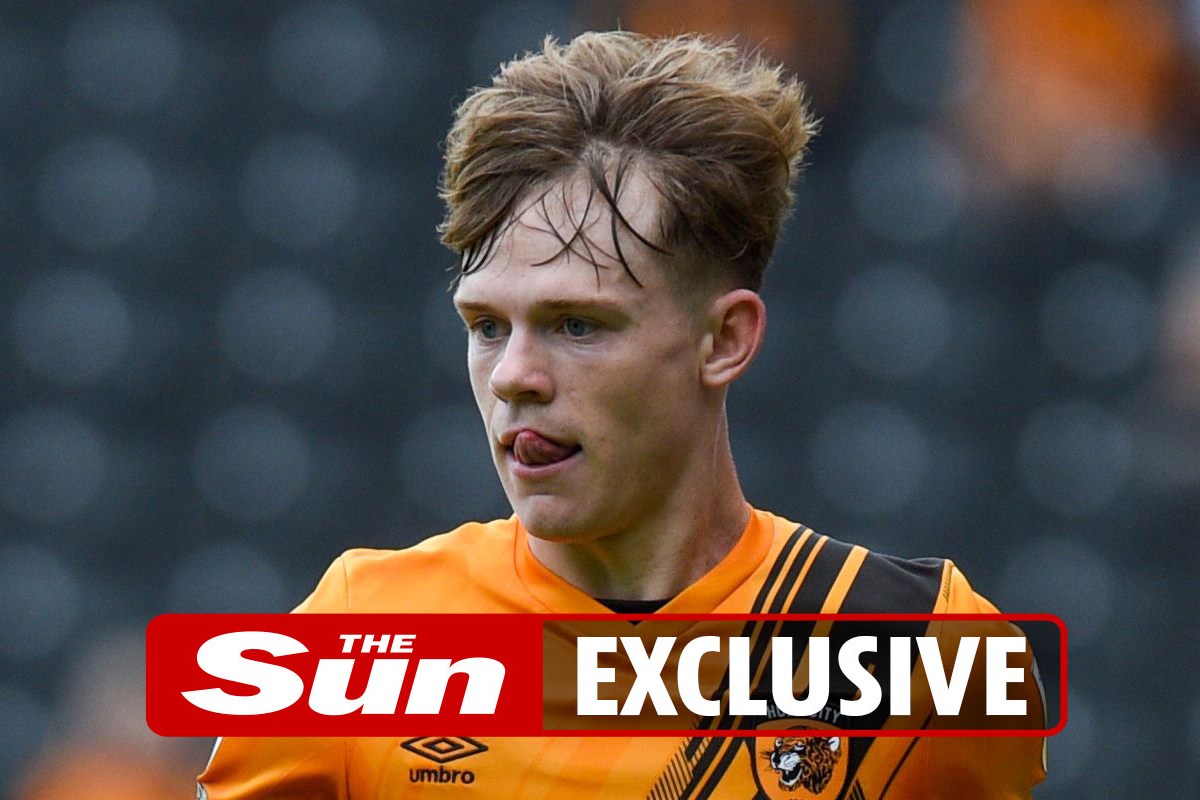 SOUTHAMPTON are on the trail of Hull’s exciting left-winger  Keane  Lewis-Potter as they look for domestic  bargains.

Saints’ top scout Martyn Glover checked on the 20-year-old last week and will monitor him for the rest of the year.

Southampton are thought to be keen on a move for Hull starlet Lewis-PotterCredit: Ben Early/News Images

The Tigers may have to cash in on Lewis-Potter in January or in the summer.

They are under a  transfer  embargo  for  taking out a loan.

Lewis-Potter began his Hull career in the Tigers Under-18 side in 2018.

And his efforts helped the club win the League One title and promotion to the Championship.

It is reported the player is keen to model his style of play on Wayne Rooney’s.

And Tigers backroom staff are thought to admire his ability to play both centrally and on the wing.

Lewis-Potter and his team-mates have had a tricky start to life in the Championship.

The club, who play Stoke City next, have picked up one win from their opening eight games.

And Lewis-Potter is currently the team’s highest scorer in the second tier with two in eight games.

His last effort against the Blades helped Hull end a ten-hour drought in front of goal.