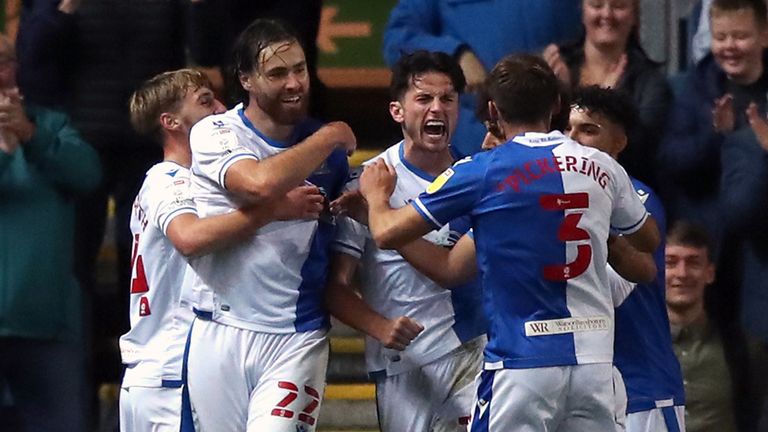 After an uneventful opening half that the struggling visitors edged, Rovers powered past their visitors with a two-goal burst in the space of four minutes, just reward for an energetic start to the half.

Daniel Ayala set the hosts on their way just after the hour with a towering header and Ben Brereton Diaz curled a superb second past Matt Ingram to net his fourth of the season.

Unlike Saturday's draw with Luton, when Rovers also scored twice in four minutes, they never looked likely to lose their grip on the game against a Hull side who have now gone six league games without a goal for the first time since 1920.

It represents Blackburn's first clean sheet in 16 games and extends their unbeaten run to three.

Leighton Clarkson was recalled in place of the injured Sam Gallagher for Blackburn while Hull made two alterations from the Swansea stalemate, including a return for Richie Smallwood who was named captain against his former side.

Rovers' Tyrhys Dolan was full of confidence after his goal at the weekend and was inches away from spectacularly opening the scoring again, but curled just wide of the far corner.

Hull settled down after the early exchanges and Thomas Kaminski had to be alert on his 50th league start for Blackburn to parry a rasping Josh Magennis strike to safety.

At the other end Dolan, in a carbon copy of his earlier effort, went for the far corner and this time Ingram had to tip his shot behind. Kaminski then smothered a low Mallik Wilks drive just before the break.

A double substitution by Tony Mowbray injected life into proceedings, with Dan Butterworth in particular impressing. He saw a shot blocked before a wickedly swerving drive on the hour forced Ingram into an improvised save, with Dolan just unable to pounce on the rebound.

The pressure told in the 61st minute when a Joe Rothwell corner was met by Ayala 12 yards out and he rose majestically before directing his towering header into the left corner.

They made it two just four minutes later and in truth, could have doubled the advantage even earlier as Brereton Diaz saw his shot saved by Ingram. Second time around he made no mistake, cutting in from the left to curl powerfully beyond the Hull stopper into the right corner.

Butterworth hit the side netting before Rothwell curled a free-kick just over.

At the other end, George Moncur stung the palms of Kaminski but Hull's ineffective attack was ultimately exposed by Blackburn's ruthlessness.