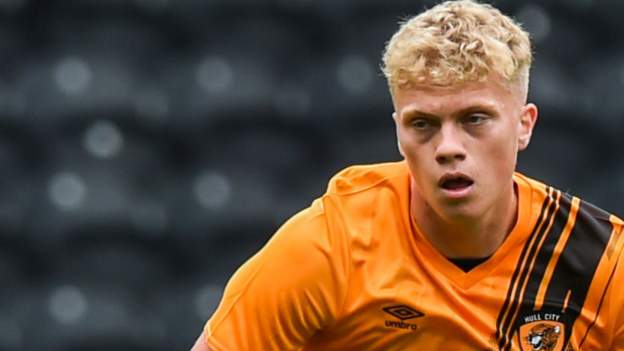 Andy Smith has made one appearance for Hull City so far this season, in their Carabao Cup defeat by Wigan Athletic earlier in August

League Two Salford City have signed centre-back Andy Smith on loan from Championship side Hull City for the rest of the season.

The 19-year-old made his senior debut for the Tigers last season in the EFL Trophy and is contracted until 2023.

"Ever since I heard that there was interest from Salford, it was a club that I wanted to come to," he said.

"As my first loan I'm looking to get as many games as I can, and hopefully just get in the squad as much as I can."