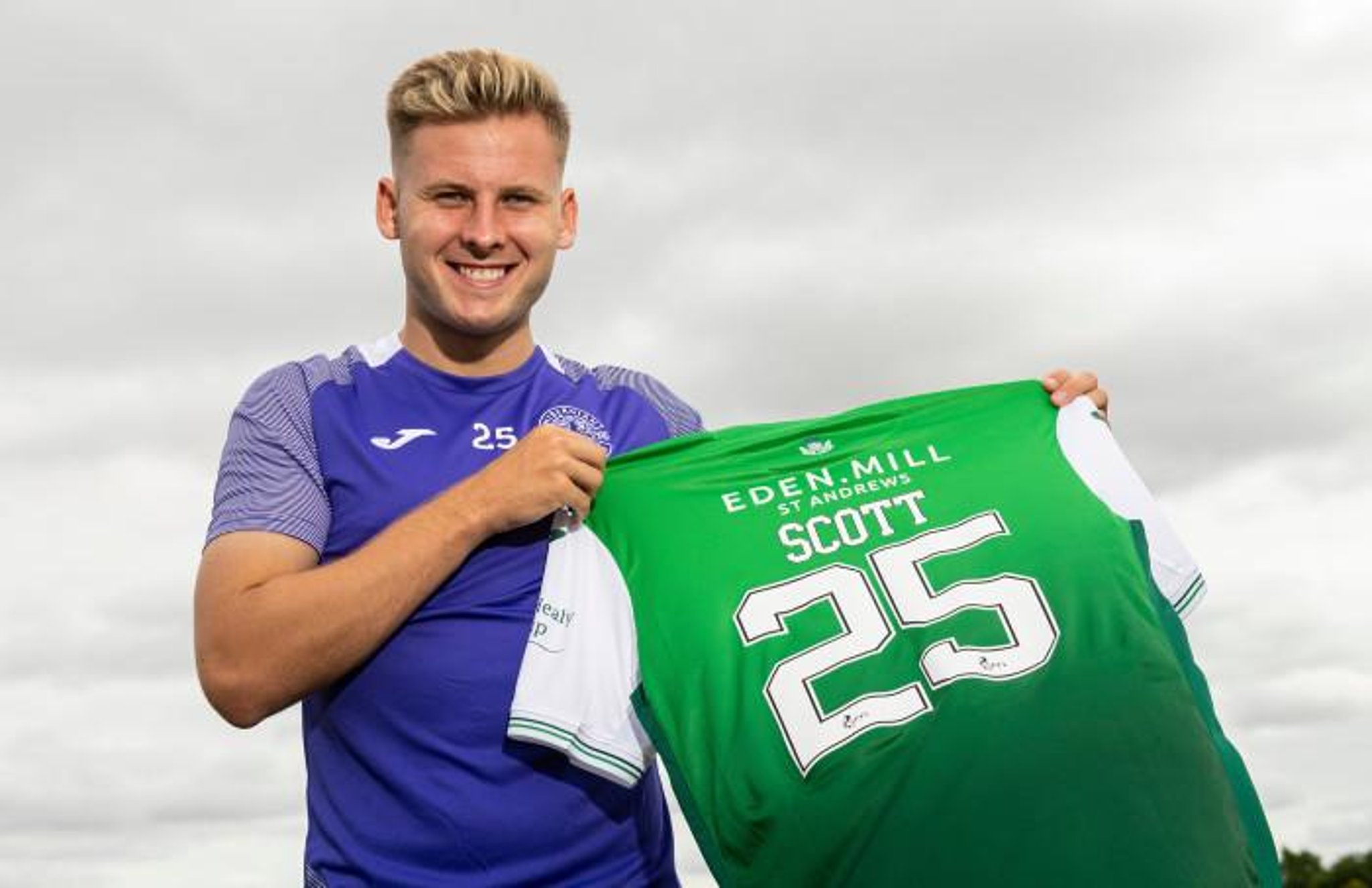 The 20 year-old Hull City striker has joined the Easter Road club on a season-long loan and will offer them attacking cover during Christian Doidge’s lengthy injury layoff.

But the Hibs boss believes that the former Motherwell forward would fit in well long-term and has not ruled out a prolonged stay, provided it suits all parties.

“It’s a possibility, but I think a lot of things would have to come together for that to be the case.

“From our point of view, I don’t think we’ve looked at it as a stop-gap. We have him for a season, initially, and if everything goes as well as we hope for both sides, it’s something that could be.

“One thing I’ve not done a lot of in recent times is take loan players. We are trying to have something stable with longer planning.

“But the fact we have got him for a season was important. If you look at the money Hull shelled out, it’s in their best interests to maintain value or see if he’s good enough to go back and make an impact with them.

“He’s a hungry player who ticks a lot of boxes for us.”

A bright talent, who suffered an untimely injury setback, Scott has backed himself to hit the ground running at Hibs and will be included in the matchday squad for Sunday’s Premiership match against Dundee as Hibs look to build on their winning start in the league.

“He was obviously unfortunate when he first went to Hull to suffer a serious injury on his first day. Thereafter, he’s been frustrated at not getting more game time, but we’ve got a player who is desperate to do well and knows the league well which is important.

“He’s still young at 20 but I thought he was terrific at Motherwell. In terms of how we try to play, I think he’s a really good fit.”

The Scotland U-21 cap made his breakthrough at Fir Park as a teenager, representing the club’s U-20 side in the Challenge Cup aged just 15. He debuted for the first team two years later.

James Scott, pictured during his playing days at Motherwell, has agreed a season-long loan at Hibs. Photo by Craig Foy / SNS Group

“Craig Samson, my goalkeeping coach, was at Motherwell when he started and knew him well and Greg Docherty and George Honeyman are two former players of mine at Hull that I still speak to so I took on a lot of different opinions. But then I spoke with James and had a good feel for him.

“I think he’s a good fit character wise which is important as we have a good group.”

Ross has not ruled out adding another addition who can operate in the final third but the priority remains a central defender.

Paul Hanlon is back from his concussion break but Ross still wants competition in that department.

“That would just complete the squad as we head into the months that lie ahead. I still think there will be activity, in and out, over the next 10 days and that should allow us to shape the squad in a positive way for the rest of the season.”