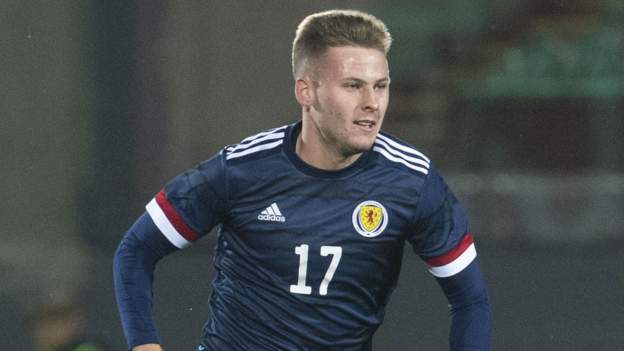 The 20-year-old joined the Tigers from Motherwell for a £1.5m fee in January 2020 but an ankle injury delayed his debut by five months.

He has since scored four goals in 36 outings for Hull, who were promoted to the Championship over the summer.

"He is a young player with enormous potential and we believe we can help him achieve that," said Hibs head coach Jack Ross.

"James is able to play anywhere across the front line and I am excited to both welcome him to the club and begin working with him."

Capped twice by Scotland at under-21 level, Scott bolsters an Easter Road squad that will be without Christian Doidge for an extended period.

The Welsh striker sustained an Achilles injury in training and is not expected to return before Christmas.