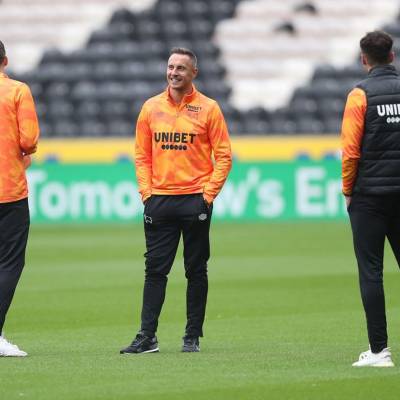 Phil Jagielka and Sam Baldock are set to make their Derby County debuts for this evening’s Sky Bet Championship clash against Hull City.

The duo have been named in the starting line as Wayne Rooney makes five changes to the side which was beaten 2-1 on Saturday by Peterborough United.

Jagielka, who celebrated his 39th birthday yesterday, offers huge experience to the Derby back line and he will partner Curtis Davies, who captains the side in the absence of Tom Lawrence who misses out with a groin injury. Richard Stearman drops to the substitutes bench.

Baldock, who has enjoyed spells at West Ham United, Brighton & Hove Albion and Reading, will start in attack as Colin Kazim-Richards misses out through an injury sustained during Saturday’s game.

Lawrence’s injury means Kamil Jozwiak returns to the starting 11, whilst Lee Buchanan makes his first start of the season after recovering from injury. Craig Forsyth is named as a substitute.

Elsewhere, Louie Sibley makes his first league start of the campaign as Festy Ebosele misses out through injury.