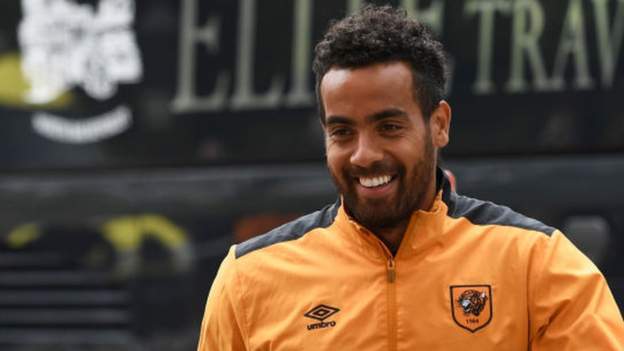 Tom Huddlestone scored eight goals during his first Hull spell, including one in the 2014 FA Cup semi-final win over Sheffield United

Hull have re-signed midfielder Tom Huddlestone on a one-year deal with the option of a further 12 months.

The 34-year-old has been training with the Championship side for the past four weeks having been without a club since leaving Derby County in August 2020.

The former England international joined the Tigers from Tottenham in 2013, going on to make 161 Hull appearances.

Huddlestone helped Hull reach the FA Cup final and secure qualification to the Europa League in 2014.

"His experience and quality will be invaluable for us this season and he will certainly benefit the young players we have in our squad," Hull head coach Grant McCann told the club website.

"Having been with us now for nearly four weeks, he's getting fitter every day and we will continue to get him sharper and fitter as the weeks go on."